Owning Vs Renting? Which One Is Better For Your Online Presence? 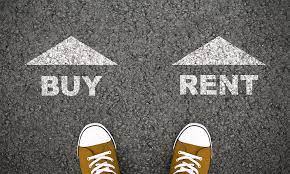 Owning vs Renting online presence? It is important for your business to have a strong online community. As a rule of thumb, if you rent your online presence, you may be putting yourself at risk for things that aren't your fault.

Some businesses use third-party platforms like Facebook to connect with their customers. It's not like businesses don't already have a website, marketing and social media teams, a tech team, and a lot of people who know how to make things work.

Because building a long-term business on Facebook or Slack isn't going to work out for you, why did you change your mind when you were trying to build a group? A platform that lets you own your community is very important, because you can do what you want with it. It's yours, too. You become the leader and decide what is best for your community. It only shows you data from the last 120 days on Discord for non-Partner and non-Verified servers.

If you talk about politics or religion on social networks, you might hear a lot of noise. These conversations are often filled with hostility and aggression, which is not the way to have a good conversation. There are some places where people don't even see other people as people at all.

The GlobalWebIndex report says that people who use community sites prefer online communities to social media sites for the following:

Now, when was the last time a social media site had any of the above? Finally, community builders run the "platform risk" if the platform they rent goes down in popularity or makes changes that don't work with their plans. It's like Facebook, which isn't alive any more. All of its users have moved. One of the apps Instagram used to use has switched to TikTok. Put all of your attention on a platform you don't own. You don't make the decisions. Someone else makes them, and you don't.

Sandcastles are a symbol of how quickly things change, and they will one day fall into the sea. People don't build sand castles, so don't do it.

In the past, it didn't matter how many platforms the brand was on. It's more about what is being done on which platform.

Facebook is well-known for having privacy problems and for selling users' profiles to other companies. Discord has been thought of as a place for gamers and people who are younger than 20. Slack is known as a tool that can be used to communicate with people at work instead of email.

White-labeled online communities let the people who run them structure and organize different social elements the way they want. They also have powerful tools to keep the community safe.

If you want to start a group, you should choose white-labeled.

When a Telegram group and a Facebook group die, you know a thing or two about how to get them back up and running again.

To sum up, if you can afford the costs of owning or renting a home, the question of whether to buy or rent is almost a no-brainer. However, platforms like YouTube, Instagram, TikTok, and so on, still have advantages when it comes to getting people at the top of the funnel.

If you play your cards right, you can get a lot of traffic and new users from social networks. Use the rental platforms to get more people to come to the places you own. The best of both worlds is here.

For the love of God, don't build a community on a piece of land that you don't own. When you buy a white-label platform, you don't get the traffic of a social network, and you don't get to own the platform. You're in the middle of nowhere.