Social Media Manager Vs Community Manager - Who Does What? The Core Differences Between The Two 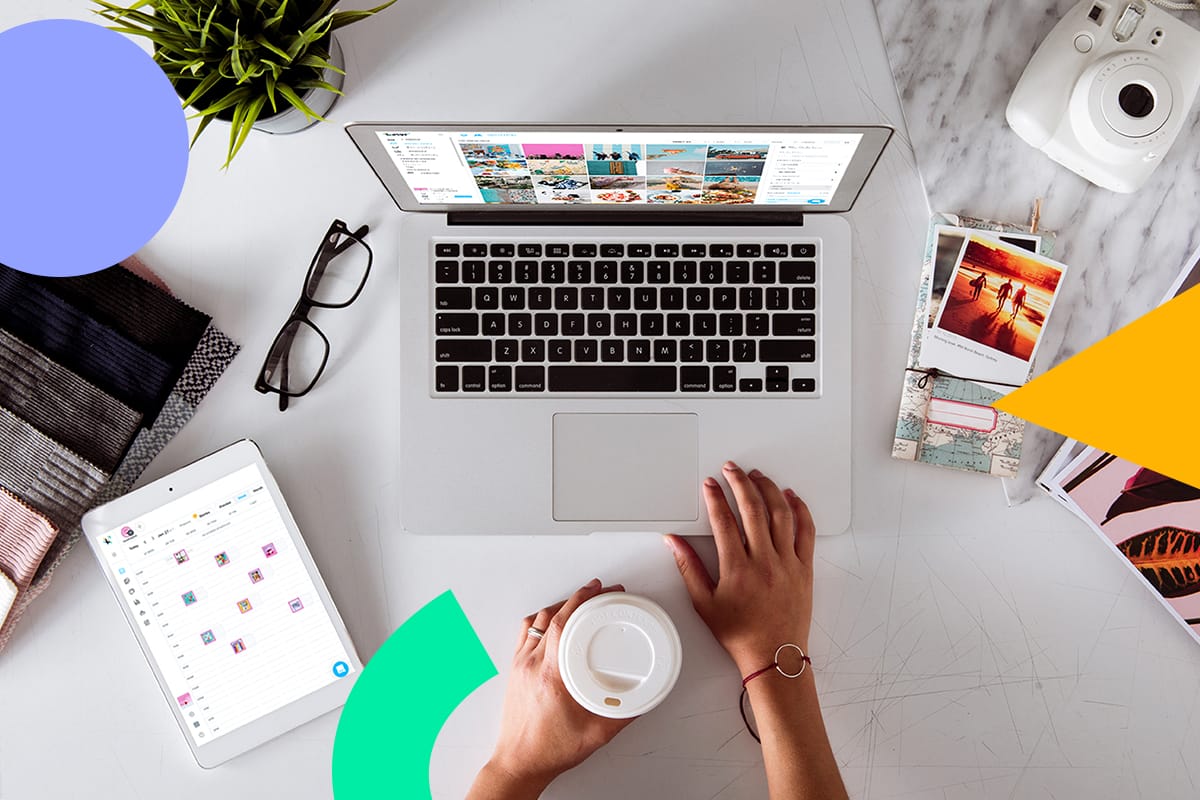 High-quality audience interaction is crucial to any effective communication-based strategy, whether it related to media outlets, commercial methods, or concerns of public importance.

Controlling this involvement is also critical; with the growth of internet and web-based platforms providing customers a bigger voice, directing the discourse in a favorable direction and fostering solid public partnerships is more crucial than ever.

As a result, community managers and social media managers can play an important role in a company's growth plan.

Here's a comparison between social media manager vs community manager to show the key differences.

The Difference Between A Social Media Manager and Community Manager

What Is A Social Media Manager?

They distribute information across platforms, such as product, service, and feature releases.

They also produce content to promote the brand's products and bring in new customers.

For example, the social media manager for the popular Madden football video game franchise advertises the primary product's annual release as well as the inclusion of additional features throughout the year.

The image below shows a Madden social media manager's launch campaign, which was built in collaboration with a popular sports news outlet to get people interested for the release of Madden 20. 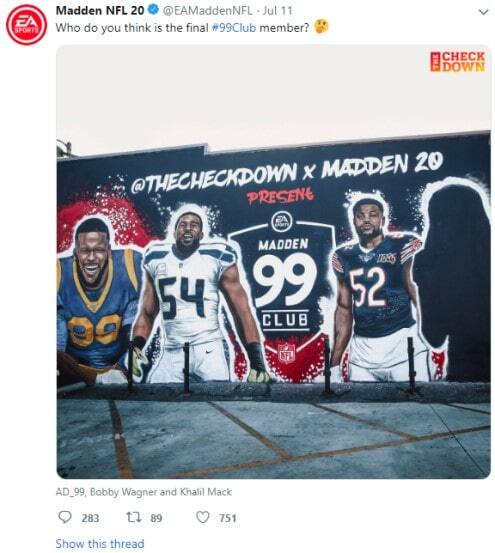 A painting depicting the outlines of four players started off the campaign a month before the game's release.

One of the highly-rated gamers was revealed each week leading up to the game's debut.

New gaming features were introduced alongside promotions to encourage pre-orders as fans speculated on who would be the next player.

A social media manager might work on their own or as part of a larger team.

A social media manager may outsource posting obligations to different team members depending on the size of the company.

Large corporations may concentrate primarily on strategy and analytics.

Click-through and conversion rates are important metrics. A painting depicting the outlines of four players started off the campaign a month before the game's release.

One of the highly-rated gamers was revealed each week leading up to the game's debut.

New gaming features were introduced alongside promotions to encourage pre-orders as fans speculated on who would be the next player.

A social media manager might work on their own or as part of a larger team.

A social media manager may outsource posting obligations to different team members depending on the size of the company.

Large corporations may concentrate primarily on strategy and analytics.

What Is A Community Manager?

A community manager engages with the audience on a more personal level by participating in discussions as themselves in order to increase group participation.

They are frequently viewed as the brand's ambassador in the community.

They encourage product improvement discussions and frequently solicit feedback from the core audience.

Kraelo is the username of the Madden game series' community manager, for example.

Kraelo routinely interacts with the public by participating in online forums and social media debates with fans. 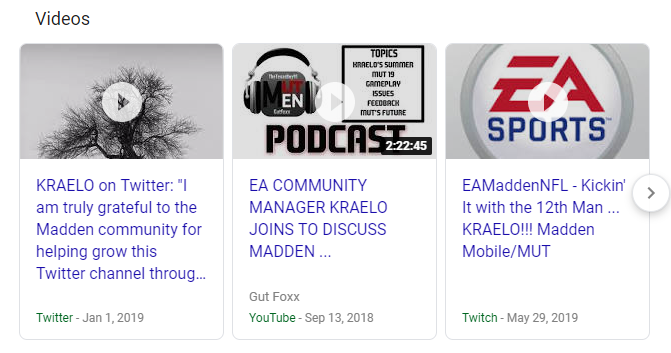 Kraelo has become an integral member of the Madden fan community by participating in fan conversations on a regular basis.

Kraelo and other community managers help the brand expand by encouraging existing users to interact and introducing new users to tools that will help them get more involved.

Community managers, like Kraelo, are entrusted with not only increasing participation but also improving the user experience.

They respond to user questions and keep track of whether the same issues arise regularly.

Kraelo, for example, urges forum users to take part in a monthly survey to help develop the game.

Surveys are an important element of a community manager's job since they show that the company is searching for ways to improve the user experience.

A community manager's objectives are broader than those of a social media manager, and include raising awareness and involvement.

Social Media Manager Vs. Community Manager - How Are They Similar?

Although a community manager's title does not include "social media," both roles rely on social media platforms.

This data can be used by social media managers and community managers to lay the groundwork for various marketing tactics.

They may be able to utilize the data to help inspire the development of a new product or service that fills a perceived need in some circumstances.

Because of their connection to social media, both professions are critical to a company's marketing and growth initiatives.

According to Statista, 79 percent of the US population uses social media, with younger individuals using it more than older ones.Businesses that don’t tap into social media as part of a comprehensive marketing strategy are not only potentially limiting their chances for engagement but also missing out on opportunities to build strong brand loyalty among a younger demographic, a loyalty that can potentially last decades.

To be effective, each role requires a similar set of essential skills.

Because good public participation is such an important aspect of these jobs, community and social media managers must have excellent communication and interpersonal skills.

Additionally, analytical abilities are necessary for employees in both roles to acquire accurate insight into the mindsets of existing and potential clients.

It's also crucial for these experts to be able to adapt to the latest social media trends as they evolve from what's popular now to what will be popular in the future.

Social Media Manager Vs. Community Manager - How Are They Different?

One of the most important distinctions between community managers and social media managers is how their roles affect how the public perceives them.

This enables them to serve as a company's "face," using posts to develop a brand identity that corresponds to a company's marketing-driven personality.

Community managers, on the other hand, serve as company spokespersons, informing the public about the firm's existing and future products and services.

Community managers also assist in the development of marketing strategies based on feedback from customers or clients.

A survey or an online poll, for example, might be used to gauge a product's popularity, which could aid community managers in developing a strategy to raise product awareness.

Social media managers, on the other hand, evaluate public trends and data in order to assist brands establish an engaging voice that keeps them current and relevant with their social media customers.

This distinction also emphasizes the distinct missions of the various jobs.

Community managers might use classic media strategies like mailers or telephone surveys to take some of their involvement offline.

This latter function is critical for extending a company's reach into the public consciousness.

While 79 percent of the population of the United States uses social media, the remaining 21% does not.

What Is Higher Than A Social Media Manager?

Digital marketing managers are in charge of all parts of internet marketing, including content, email, social media, mobile apps, and search engine optimization. This places them above content marketers and social media managers.

Is Social Media Manager And Marketing Manager Is Same?

While marketing managers have a wide range of responsibilities inside the organization, social media managers are only responsible for improving a company's social media presence.

What Does A Community Manager Do At A Startup?

A community manager serves as a link between a company and its target audience. They serve as the brand's voice, tone, and moderator by providing community support, content distribution, and digital interaction in order to increase brand awareness and trust both online and offline.

By dividing responsibilities into separate positions, your company will be able to communicate with customers more effectively. Both roles have the potential to revolutionize your business, from increasing conversions through better content to building lifetime customers through community growth.