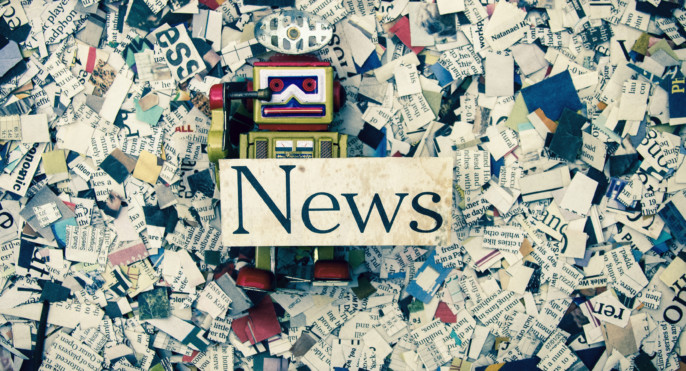 Media outlets create material that informs the public about news and/or information through a number of channels and formats.

Knowing where to put your news is half the fight in connecting successfully with your viewers. If you can meet your target audiences where they are, the value of your public relations will skyrocket.

Begin by using media monitoring software to track any mentions of your customers in media venues such as social media, blogs, and news organizations. This way, you'll know where your customer is being addressed and may direct your attention elsewhere.

It Brings People Together

There are two types of journalism: advocacy journalism and information journalism. Advocacy journalism attempts to persuade viewers, listeners, or readers to adopt a certain narrative, even if that narrative purposefully excludes important material that may undermine the overall tale. Informative journalism gives all of the information a reader, viewer, or listener requires to follow the story from beginning to end.

It Is Rated Based On Its Audience

Due to the proliferation of so-called fake news, audiences today are much more skeptical of their news sources because the media is a powerful entity that can control and shape public opinion for better or worse. NPR vs. Fox News, conservatives vs. liberals, most trusted news vs. least trusted news are all designations audiences use to decide which media outlet to follow, read, listen to, or watch. It is unavoidable that audiences will choose their media outlet based on subjective assumptions, depending on their worldview.

It Is Motivated By Business

Today, like in the past, most media sources are driven by business. Ad rates, commercials, online and magazine subscriptions all rely on generating revenue so that media outlets can survive and thrive. As a result, huge businesses, through their boards of directors and stockholders, frequently exert direct influence over the opinions, news, and information disseminated by America's news channels. Even the Internet is not immune to business's impact.

Every media source is in it for the long haul. The messaging that an outlet displays inspires its audience to stay loyal to the brand of the outlet. Balance, on the other hand, adds a strong dimension to a media platform.

By being open-minded and discriminating to circulating articles as well as the viewpoints of political pundits and other talking heads, we may strengthen our public conversation.

In this sense, the media serves the public interest by allowing the voiceless to be heard while reducing absurd statements made by strong groups attempting to create misinformation, hatred, and misunderstanding.

Media outlets risk more narrowly defined impressions of all kinds of art and culture as a result of the significant gaps in public discourse on politics, culture, art, race, and the role of government in our lives. People look to art for inspiration and desire in order to achieve greater personal and public goals. Media sources that give access to art and culture assist their consumers in broadening their ideas and seeing a broader image of what America truly can be.

Promotes All Types Of Diversity

It shouldn't matter if a media source leans left or conservative; press freedom is dependent on a diverse range of voices and perspectives. When a culture is based on a single homogenous worldview, the potential for propaganda and authoritarianism increases. Fake News must always be combated by measurable, verifiable, and proven facts.

The New York Times is one of the world's largest media publications, with a market value of more than $6 billion, and is known for its cutting-edge journalism. Appearing in the newspaper or on a website may alter a company and propel it ahead.

CNN is the world leader in news and information when it comes to leading media channels. It is one of the most popular online media sites, with over 4,000 employees operating throughout the globe to cover significant events and topics.

MTV, which debuted in 1981, rapidly became the world leader in music television, and news. Historically, it was recognized for its avant-garde style, and it was instrumental in the invention of the music video; however, it has since transitioned towards more reality and entertainment programs.

Buzzfeed is the world's biggest independent digital media outlet, reaching hundreds of millions of people each week. The publication covers everything from breaking news to entertainment and has a large cross-platform network of channels and insight.

Forbes, which was founded over a century ago, is today one of the world's largest news and media outlets, employing over 400 individuals full-time and working with approximately 3,000 staff. The publication is known for celebrating accomplishment and chronicling aspirational individuals on a regular basis. Appearing in Forbes is a significant accomplishment for any firm or individual, and it is sometimes seen as a pinnacle piece of coverage.

Instagram, which permits both photographs and short-form video with a 15-second restriction, is one platform of interest to news publishers. According to the most recent figures, almost 16 billion photographs have been submitted to the site too far, with an average of 55 million being posted every day.

What Is A Social Media Outlet?

Appearing in one of the world's biggest media publications is a great achievement, whether you are a PR firm wanting to land that big piece of publicity for one of your clients or a brand looking to promote your own business.

However, appearing in these publications is extremely difficult, and the key to locating and contacting them is to have an established media list and strong media contacts built ahead of time.