Neil Patel - 6 Lessons To Learn From The SEO Guru 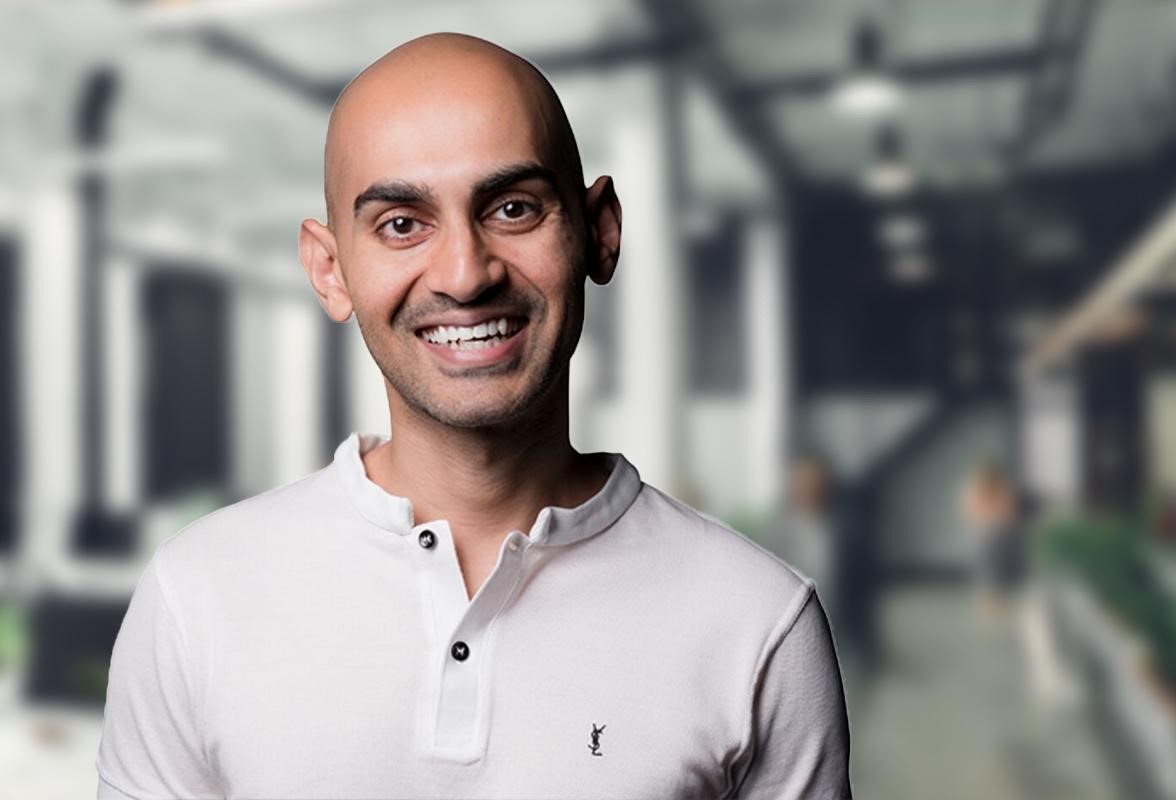 A great man's story that will move you and change your life. There could be bloggers and people who do digital marketing who don't know about him. He is Neil Patel. More than a million people can't stop thinking about the name. People's lives are being changed by the man's moving story.

When he was still in college, everything started. Neil was very interested in digital marketing, and after he graduated from UCLA, he set out to make a name for himself in that field. He quickly became a well-known expert in the field because he worked hard and put in a lot of effort.

Who Is Neil Patel? 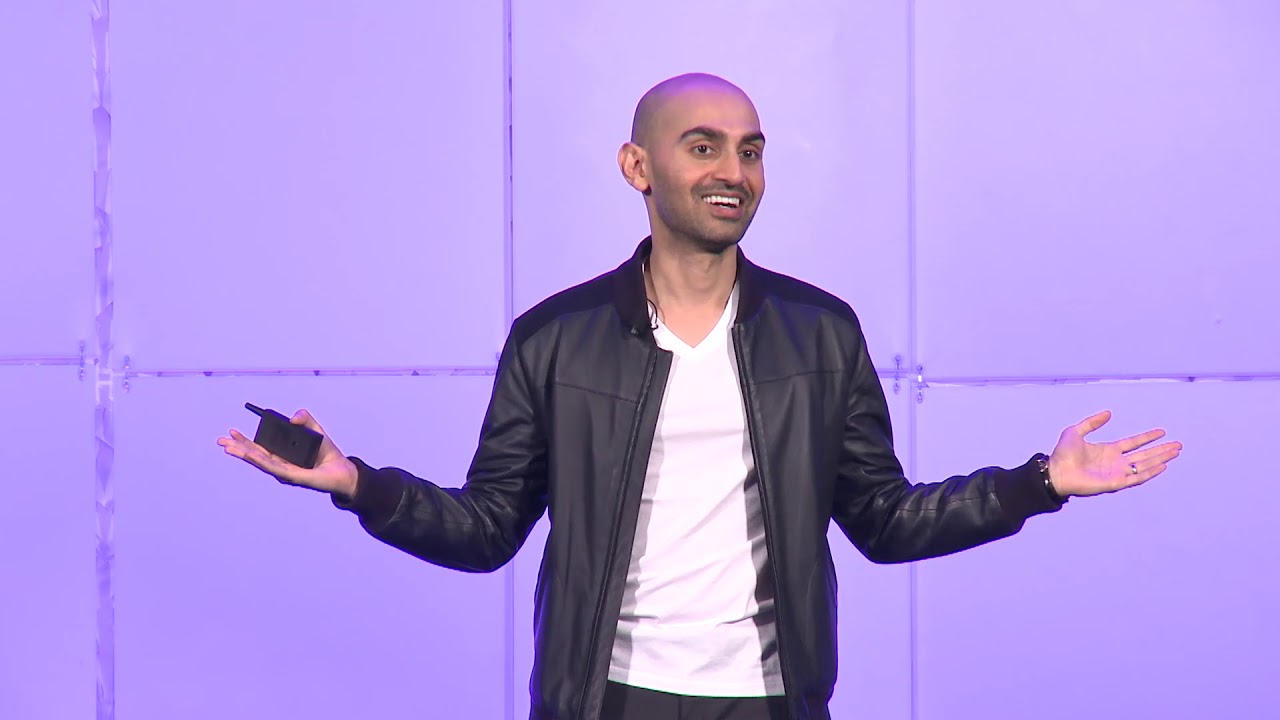 Neil Patel knows a lot about SEO and marketing. He wrote "Hustle: The Power to Charge Your Life with Money, Meaning, and Momentum," which was a New York Times bestseller. Neil could be seen as a business owner, a marketer, a software developer, or a consultant.

Neil Patel is one of the most helpful bloggers when it comes to Blogging, SEO, Digital Marketing, and Affiliate Marketing. Neil Patel is an expert in his field, and he has also given talks at more than 310 conferences and companies around the world, such as Facebook and Thomson Reuters.

Neil Patel has been a best-seller on the New York Times list for a long time. He also started Crazy Egg, Hello Bar, Kissmetrics, and Ubersuggest with other people. He is the person who helps companies like Amazon, HP, NBC, General Motors, and many others increase their sales.

Neil works on a lot of different things. He is best known for Crazy Egg, Kissmetrics, Neil Patel Digital, his SEO tool Ubersuggest, and his popular podcast Marketing School.

He wanted to be an entrepreneur at Monster.com so he could have a steady income, but when he looked into it, he saw that there were no jobs there for him.

Neil didn't want to wait, so he started a similar.com business that would give him a steady income and let him do what he loved most: be an entrepreneur. Neil spent about $5,000 on development and then started his own business, which is similar to Monster.com.

Neil Patel thought that his website didn't help him in any way if he didn't market it. So, Neil hired an internet marketing company to get the word out about his service. He worked with them until he realized that they weren't helping him at all.

Then Neil fired the company and hired a few others, only to find that they didn't have anything to offer either. Internet marketing service providers tricked Neil. It made him angry, so he decided to learn more about the internet.

He started using it in his own business, but he stopped working on his portal because he had already put $5000 into it.

Neil Patel's net worth is estimated to be $30 million USD. He has made such a huge amount of money from many different sources. He has made most of his money from his website and other online tools. His job as a blogger has helped him make a lot of money.

Neil Patel can also make a lot of money by promoting brands and running ads for them. Even so, he is a best-selling author in the New York Times, which has helped him make more money. Neil Patel has also worked with NBC, Amazon, HP, and Viacom, among many other brands and companies.

All of his businesses are growing very quickly, like Quicksprout and KISSMetrics. Neil Patel's net worth is going up a lot because of both of these companies.

6 Lessons To Learn From Neil Patel

Being Smart Is Not Enough To Make A Big Brand

You must also be able to lead. This is something that Drew Houston, who started DropBox, learned in college. When it was just him and his code, he liked running his business. But then he read a book that made him change his mind.

Emotional Intelligence by Daniel Goleman was the title of the book. After reading it, he thought that he needed more than intelligence and a degree to build a big company with a big brand.

Then he started reading books about business, leadership and running a business. He then put what he had learned to use by running two groups at college. That taught him how to work with other people to get things done.

Don’t Rely On Just One Type Of Income

Neil says that you need to try out different ways of doing things. If the plans don't work, try something else right away. But don't stop there if they work. Do this until you find something that works for you.

Neil Patel is a person whose life has been full of failures. But he always tries something new, and even if he fails, he keeps trying. Even though he didn't make any money from his first few businesses, he kept trying new things.

Neil had a business that did well, but he still wanted to make more money. He tried a company to host his website, but it wasn't very good. He had to pay $1 million for it. But he didn't give up and didn't let that stop him from trying again.

Neil has started three businesses that have done well. He is in charge of a well-known blog and an agency. Neil keeps working even when he is finally able to take it easy.

Neil makes valuable posts. He puts them on other blogs and writes guest blogs for newspapers. He also writes all of this on his own site. People ask him for advice on how to do business. His advice is to write long, useful posts so that people will read them.

Neil Patel's tools and his Neil Patel Digital agency are used by people because they work. Because of the content he makes, they know about the tools and the company.

The best content is so good that no one can argue with it. Neil posts videos on YouTube, goes to free marketing events to talk about growing your business and share marketing skills, and blogs in many places. Sharing helpful content with customers is a great way to show how knowledgeable you are.

Mastering SEO Can Make You Rich

Neil Patel has a lot of money. The SEO Guru is another name for him. His work in marketing and advertising, which includes SEO, is the main reason he has a net worth of more than $30 million.

He has made a lot of successful websites that large companies like Amazon, NBC, GM, HP, and Viacom have bought. One of these companies was KISSmetrics, which helped President Barack Obama when he was in office.

Neil Patel knows a lot about search engine optimization (SEO). This means he knows how to make Google and other search engines send more people to his site. He also knows how to rank for keywords that are hard to rank for. That's why his online business has made so much money.

SEO Is A Race, Not A Sprint

Neil Patel's first blog, "ProNet Advertising," was published in 2006. It was about social media. It's no longer on the market. Neil started a second blog in 2007 called QuickSprout. This blog was about organic search engine optimization.

Neil has learned, used, and shared a huge number of SEO strategies since 2006 Neil's QuickSprout blog gets a lot of traffic from sites like Google. Neil confirmed in one of his blog posts that more than 500,000 people visit QuickSprout each month.

After Quick Sprout got more than 500,000 visitors a month, Neil Patel turned it into a company that makes SEO software. As you can see, it takes time for traffic to a search engine to grow. Neil Patel was right when he said that SEO is a marathon, not a sprint.

Neil Is Always Consistent With Success

Neil Patel's blog has about 5000 posts. He started NeilPatel.com in August 2014 and has been writing something for it ever since.

Most of what he puts out has to do with marketing. Just on his website, there are 4,868 posts that talk about how important it is to be consistent. Be like Neil! Even though Crazy Egg and KISSmetrics were making him a lot of money, he never stopped blogging.

Neil Patel is a famous American author. "Hustle: The Power to Charge Your Life with Money, Meaning, and Momentum" is the name of the book he wrote.

This book was on several bestseller lists, including those from the New York Times, the Los Angeles Times, USA Today, and IndieBound. Neil and his co-authors show in this book how hard work can help you succeed in life and business.

What Is Neil Patel Famous For?

Neil Patel started Crazy Egg, Hello Bar, and KISSmetrics with other people. He works with businesses like Amazon, NBC, GM, HP, and Viacom to help them make more money.

How Did Neil Patel Make His Money?

He started Crazy Egg and Hello Bar. Before that, he started and sold a number of other successful companies, such as Quicksprout. Neil is worth about $30 million, and he has been successful in digital marketing for more than a decade.

What Is Neil Patel Digital?

It is a full-service digital agency that offers SEO and pay-per-click (PPC) advertising as well as strategy, consulting, and expertise. Most of their clients come to us looking for SEO services and then ask for more help.

SEO is something that a lot of bloggers and affiliate marketers are interested in (Search engine optimization). If you search on Google for SEO, increasing domain authority, getting AdSense approval, and other digital marketing-related terms, the Neil Patel blog or YouTube channel will be at the top of the list of results.