Ted Rubin Teaches You To Be Better At Marketing 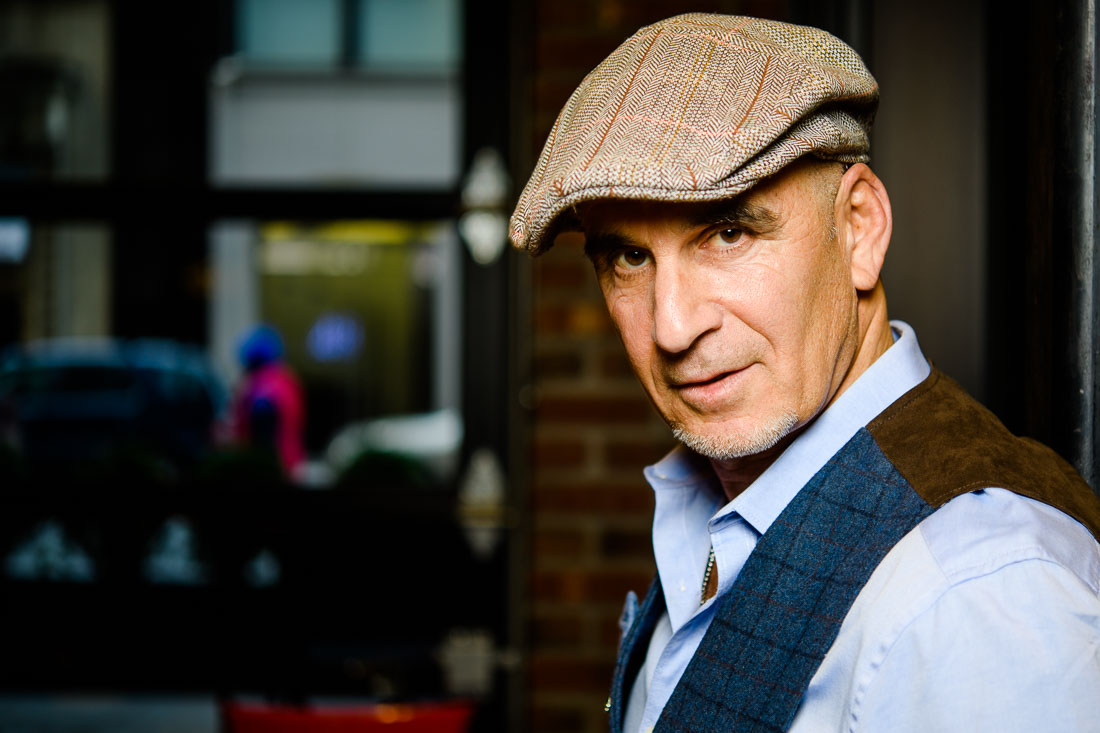 Ted Rubin is a well-known expert on social marketing. In March 2009, he started using and spreading the word "ROR," which stands for "Return on Relationship."

Who Is Ted Rubin? 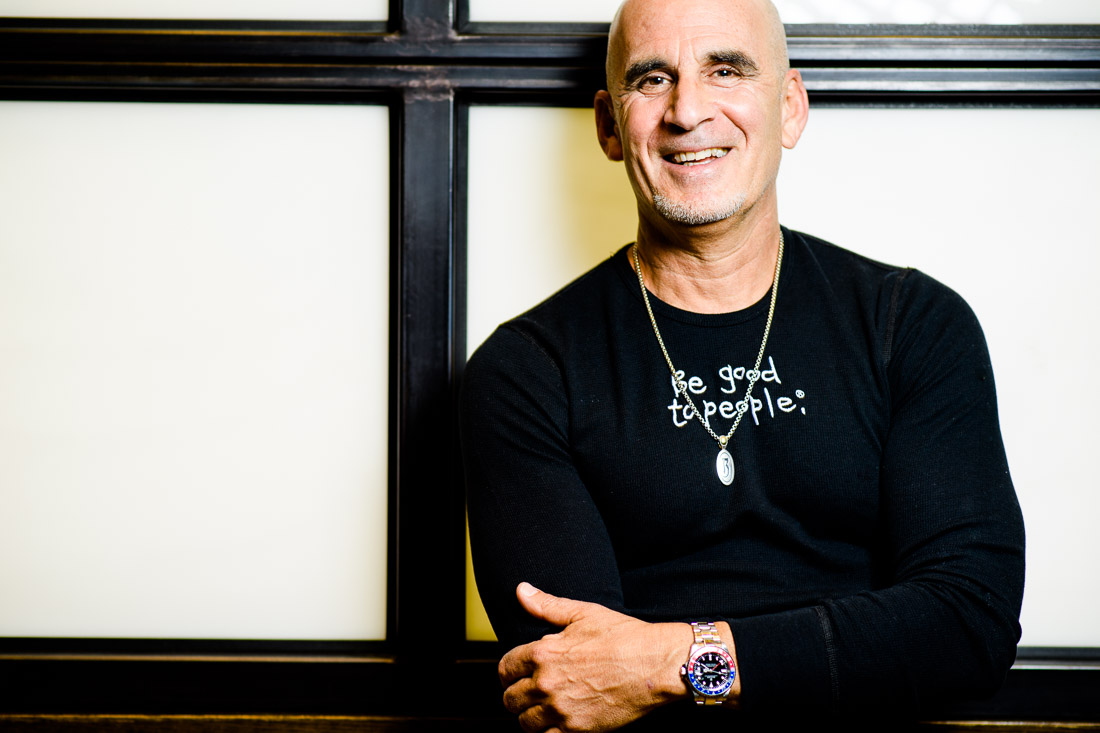 Ted Rubin is a top Social Marketing Strategist, Keynote Speaker, Acting CMO of Brand Innovators, and Co-Founder of the Prevailing Path. In March 2009, he started using the term ROR, which stands for "Return on Relationship," and spreading the word about it.

On August 31, 2013, Ted gave up his job as Chief Social Marketing Officer at Collective Bias. He stayed a major shareholder until Inmar bought the company in November 2016.

In the words of John Andrews, who helped start Collective Bias "Ted, you were the company's vision, heart, and soul.

Thank you for building a great business. From coming up with new ideas like cbSocially to building great relationships with the blogger community, clients, and employees, you were the driving force behind the company's epic growth.

People in the world of social media know Ted for how enthusiastic, energetic, and personal he is with people. Social Media Marketing Magazine says that Ted is the CMO with the most followers on Twitter.

Say Media says that Ted is one of the most interesting CMOs on Twitter. Ted is #13 on Forbes' list of the Top 50 Social Media Power Influencers and #2 on the Leadtail list of the Top 25 People Most Mentioned by Digital Marketers.

You Are Not Your Customer, So Do Your Research

One of the most important things to remember about marketing is that you should market to your target audience, not to yourself. How often does your inner voice say, "They'll never buy that..."?

Don't tell your market what you think they want to hear. Listen to your prospects first, and social media is one of the best ways to do that. It's like a big focus group! Before you start sending messages, use social media to find out who your ideal customer is and what she wants.

As long as your content is relevant to your market, social reach and frequency aren't the most important parts of good marketing. How many times does your message need to be seen by a potential customer or partner before they take action?

You might as well ask how many times you have to lick a Tootsie Pop to get to the center (remember that old TV ad?). Some people will bite after 12 licks, while others need only three. It depends on where your audience is at the time they see your message.

Don't forget the power of stories and use them in your communications. A good story is hard to turn down. It's a way for us to connect emotionally that's built into our DNA. Social makes it better by letting more people talk about more of the products they see, buy, and use.

Another thing to keep in mind about stories is that people are already talking about your brand, which isn't always something you can control. Companies that try to stop a bad story by controlling the message learn this the hard way.

But you can influence what people say about you by joining the conversation, being honest about how you use social media, and being responsive to your customer's needs, both online and offline.

These are only three things to learn. There are a lot more that have been moved out of the way.

Everyone who gets a marketing degree or an MBA and everyone who works in the marketing department of brands, or agencies, or is in charge of marketing, especially on social media, should have to go back and learn Marketing 101.

SMT Shorts: Ted Rubin on "return on relationship" vs. "return on investment"

Ted Rubin has worked in digital media since 1997 when he joined Yoyodyne, a startup co-founded by Seth Godin. Ted talks about the concept of "Return on Relationship."

Over the past seven years, new media has emerged as a powerful force, giving each of us a platform from which to express ourselves. Then the connection investment starts paying off!

Creating a recognizable brand takes dedication and time; what seems like an overnight success can take years. It takes effort to cultivate a following, and the rewards of a solid relationship are not always apparent right away.

Ted's early work at Yahoo, after the company had bought Yoyodyne, was essential in expanding his professional network and establishing his reputation as an expert in his field.

Ted has recently completed his third book, but he has no plans to hold a book launch. His books are simple reads and natural expansions of his previous work; his debut, "Return on Relationship," is a great example of this. He writes about digital eye contact in his second book.

Personal interactions, such as greeting someone by name and demonstrating an interest in them by asking them about themselves, require time and effort on the part of the people involved. The Age of Influence: Making the Sale in the Digital Age is his third book.

The book discusses the nature of influencers and how anyone can amass a following, arguing that the average person has far more sway in the world than they give themselves credit for.

Nat's book "Cheers to You" is about building a personal brand, and both he and Ted agreed that it's important to be strategic about how you connect and communicate on social media because of how quickly the platform evolves.

Engaging with your audience is the defining characteristic of those who successfully attract significant numbers of followers. Two things to think about:

When Ted first began growing his readership and writing about his niche of "Return on Relationship," he hired an editor, Apryl, to help him organize and structure his content. Since Ted writes his books for himself and coines concepts like "return on relationship," he can rightfully claim ownership of those expressions.

He has mastered the art of digital eye contact and is using it to great effect. Now that he's written the book, he's finished. Ted and his partner in business, John Andrews, are about to release their fourth book, titled retail relevancy. John logged many years in the Walmart workforce.

Nothing can take away the love you have for your children, and Ted is still fighting the good fight to keep his kids in his life. Love for his girls is something that can never be taken away from him, and he makes sure to be there for them whenever they need him.

Nothing, not even that, will ever change how he feels about that, and he carries that with him into other areas of his life. No matter what happens, being kind to other people will make you feel good, and that will be enough.

Why Ted Rubin Is Famous?

Ted is a highly respected Social Marketing Strategist, International Keynote Speaker, and Business Advisor, and as a writer, you play the role of both connector and provocateur. He popularized the term ROR, Return on relationship, on Twitter in March 2009.

What Are Ted Rubin's Accomplishments?

His social media marketing keynotes are so good that Forbes ranked him as the thirteenth most influential person in the field of social media. On Leadtail's list of the Top 25 People Most Mentioned by Digital Marketers, he was ranked at #2.

Participate by initiating conversation with questions and suggestions. Facilitate interaction by providing your followers with the means and motivation to respond.

Ted Rubin is the acting Chief Marketing Officer at Brand Innovators in addition to being a prominent figure in the field of social media marketing and a sought-after keynote speaker.

While working as OpenSky's Chief Social Marketing Officer from 2010 to 2011, he started compiling a database with similar features.