Adam Grant - Lessons And Motivation From The B2B Influencer 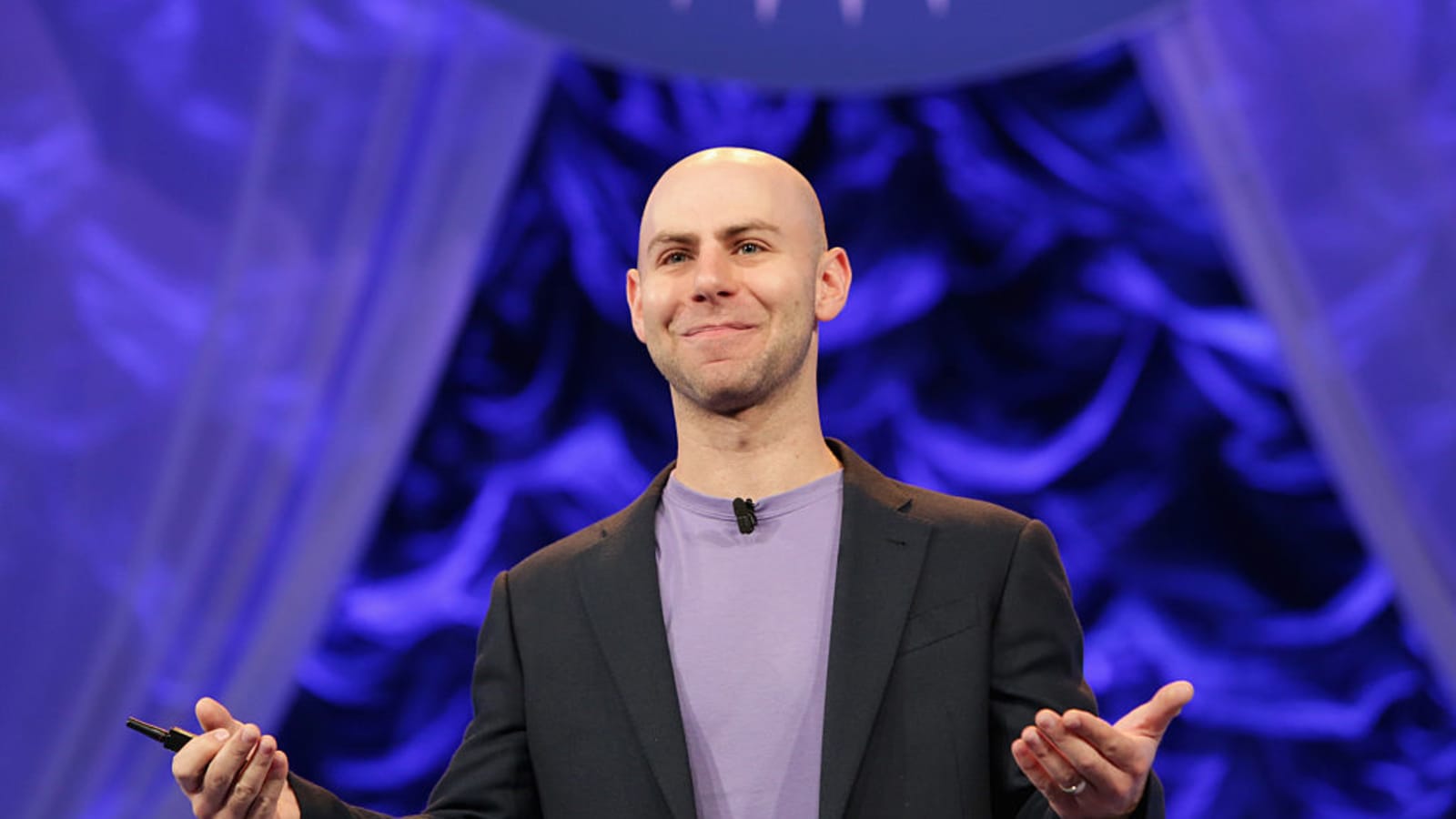 Adam Grant is a well-known organizational psychologist and best-selling author. Adam Grant is the best-rated professor at Wharton and a leading expert on how to find motivation and meaning and live more generous and creative lives.

He has been named one of the 25 most important management thinkers in the world and one of Fortune's 40 under 40. He wrote two books that were bestsellers on the New York Times list and have been translated into 35 languages.

Originals is a #1 national bestseller that looks at how people fight for new ideas and how leaders fight against groupthink. J.J. Abrams, Richard Branson, Malcolm Gladwell, and Sheryl Sandberg have all praised the book.

Who Is Adam Grant? 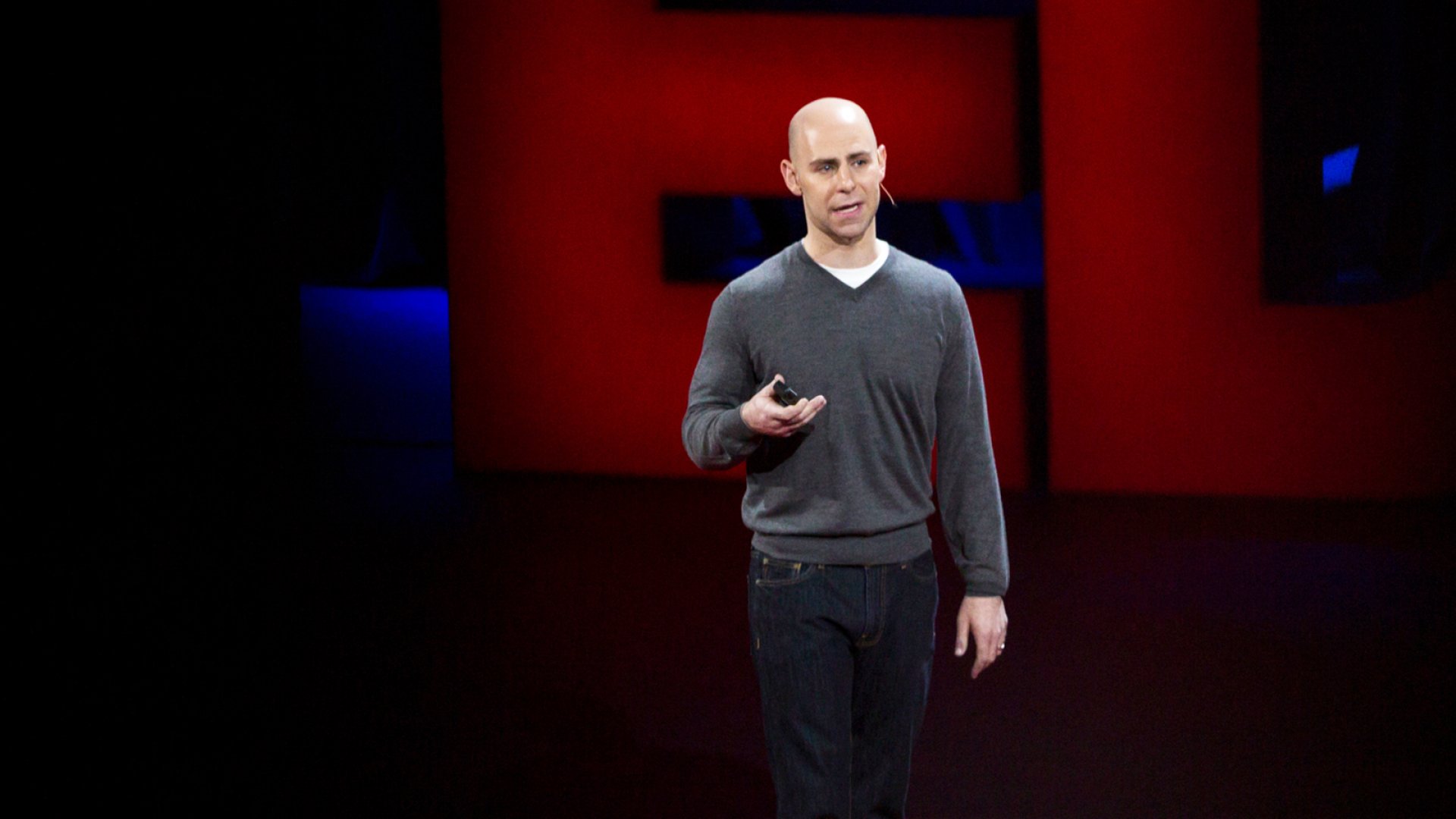 Adam Grant is a well-known organizational psychologist, writer, and the Saul P. Steinberg Professor of Management at the University of Pennsylvania's Wharton School. He was born in 1981, and he grew up in the Detroit suburbs. Grant got his B.A. from Harvard University.

He then went to the University of Michigan and got his M.S. and Ph.D. He got his Ph.D. in less than three years and became a professor at the Wharton School at the age of 28. This made him the youngest professor in the school's history.

In 2013, he wrote his first book, "Give and Take: A Revolutionary Approach." In it, he said that people are either "takers," "matchers," or "givers," and that "givers" tend to be the most successful in terms of personal fulfillment.

The next year, the book "Originals: How Non-Conformists Move the World" came out. It looked at what makes people think of new ideas and then succeed in business.

"Originals" got a lot of attention in the business world, and Grant became a consultant for some of the biggest companies in the world, like Google and Facebook, very quickly. Grant's third book, Option B: Facing Adversity, Building Resilience, and Finding Joy, was written by Sheryl Sandberg, who is the COO of Facebook.

Since 2015, he has been on the board of Sandberg's foundation, "LeanIn.Org." He also supports many charitable causes, such as the Make-A-Wish Foundation, for which he has raised over $325,000 through experiments with his Wharton students.

Think Again: The Power of Knowing What You Don't Know, Grant's fourth book, is set to come out in the spring of 2021. Grant teaches, does research, and writes. He also has a top-rated podcast called "WorkLife with Adam Grant: A TED original podcast."

This podcast looks at the latest developments in organizational psychology that aim to "make work not stink." He is also an angel investor and the founder of Givitas, a software that helps organizations put the ideas from his book Give and Take into action.

His work has had a big impact, especially in the worlds of big business and technology, and companies continue to use his ideas to improve how they do business and how they work.

Are you a giver or a taker? | Adam Grant

Why Giving Pays Off

A lot of Grant's work looks at how our relationships with other people affect how successful we are and how happy we feel in general. In his research, he has looked at how changing the way a job or task is set up to make us more aware of how our actions affect other people can lead to better results.

He also says that people who "give" more of their time or energy in negotiations and group projects usually get more out of them. Grant makes a model of "takers," "matchers," and "givers" in his book "Give and Take: A Revolutionary Approach."

He gives several examples of how "giving" ended up helping people more in the long run, especially when it came to making connections and networking. One example is the case of George Meyer, who wrote for The Simpsons and won an Emmy Award.

How To Be Original

Originals: How Non-Conformists Move the World, Grant's second book, has sold more than 2 million copies, and his TED talk on the same topic has been watched more than 7.5 million times. So, what makes his idea so unique?

Grant says that some of the most original thinkers in the world have a few strange habits in common. He also talks about how leaders can create cultures that encourage creativity.

Some of his most interesting ideas are about the benefits of putting things off, how most "original" ideas are just improvements on ideas that already exist, and why the best way to avoid groupthink is to build teams with people who have different ideas but are willing to work together to reach a common goal.

Rethinking and unlearning are the keys to being able to think again. When we rethink, we can change our minds, shift our points of view, think about new information, and be open to a different conclusion, solution, or point of view.

Part of unlearning is letting go of old ideas. This could mean seeing the flaws in the lessons we've learned from bad sources, new information, past hurts, or our own internalized socialization.

Think Like a Scientist Scientists have questions, think about the evidence, make assumptions, and then test those assumptions. Grant compares the way a scientist thinks to the way most of us think, which is like a preacher, prosecutor, or politician.

Many of us want to change the minds of other people for good reasons. We might be teachers trying to help others learn, people, trying to get support for a project that could help a lot of people, or people trying to make social change.

Grant reminds us to separate who we are from what we do. People who know about social justice know that racism isn't about who someone is, but about what they do.

Adam Grant is an American psychologist, speaker, professor, and author. As of 2022, he is thought to have made about $10.2 million. He is well-known as an organizational psychologist and a leading expert on finding meaning and motivation to live a more generous and creative life.

Grant's books Give and Take, Think Again, Option B, Originals, and Power Moves are all bestsellers on the New York Times list.

Adam (@AdamMGrant) has 777 thousand Twitter followers who listen to him talk about everything from how to run a business to how important vacations are. He talks a lot about toxic workplaces to help both workers and bosses make changes.

What Is Adam Grant Famous For?

Adam has written five best-selling books that have been translated into 35 languages and sold millions of copies. Amazon, Apple, the Financial Times, and the Wall Street Journal have all said that his books are among the best of the year. He is the host of the top-rated TED original podcast WorkLife.

What Makes A Good Leader By Adam Grant?

It's adaptability. Don't get stuck on one way to make decisions and get people to do things. Don't put your preferences ahead of what will get things done. To be a good leader, you need to be able to change.

What Does Adam Grant Research Teach Us?

Adam's research is mostly about generosity, motivation, and meaningful work, as well as promoting new ideas, personality traits like introversion and extraversion, and leadership, collaboration, culture, and organizational change.

Adam Grant studies how we can find motivation and meaning in our lives so we can be more kind and creative. He has found three types of people: those who give, those who take, and those who match.