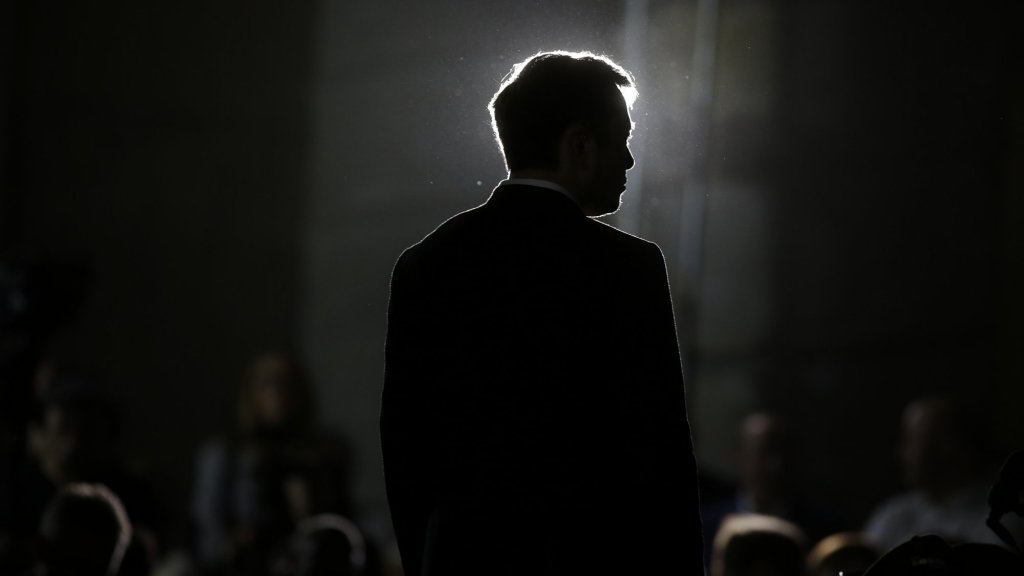 We've all heard that Elon Musk is a genius with more brilliant ideas than most people can recall. Musk claimed in a recent interview with Joe Rogan that this was almost like a curse. That he has so many useful ideas that it is difficult for him to focus on a single project.

It may appear that everything Elon Musk adopts will be a success. He is a successful entrepreneur, innovator, and one of the world's wealthiest individuals, with a net worth of over $79.4 billion. Actually, he's one of the top ten wealthiest persons in the world, thanks to Tesla's meteoric rise during the COVID-19 epidemic.

On the other hand, we know that the South African entrepreneur has failed several times. And many of these failures have occurred under highly contentious conditions. Despite all adversity and against all odds, Elon Musk always seems to come out on top.

As a result, I wanted to discuss and show these shortcomings. How Elon continually overcomes the most catastrophic blows and utilizes these experiences to propel his businesses to new heights.

Failures Of Elon Musk And How He Overcame Them

Rejection From Netscape And Ousted From ZIP2

Elon first applied to a variety of rising technology businesses, including Netscape, but was turned down. In response to these rejections, he created Zip2, a searchable company directory that functioned similarly to an online phone book.

It may appear to be a basic concept now, but it was groundbreaking at a period when computer use was still limited. Unfortunately, Zip2 suffered in its early years, and most investors were unwilling to support the concept.

Later, Musk built the coding for a mapping project, allowing him to merge the two concepts. To save money, the company's employees resided on-site.

In any case, Zip2 did ultimately acquire some much-needed money in 1996, but it was incredible. Elon Musk was fired as CEO and given a considerably lower position in the corporation. He did, however, assist in the removal of a subsequent CEO, Richard Sorkin, when he did not agree with his vision or ideals for the firm.

After achieving substantial success, the entrepreneur decided to go on and work on a completely new concept that would serve as the foundation for what is now known as PayPal.

What You Can Learn From This Failure?

Despite setbacks, Elon Musk has stayed steadfast throughout his career. When faced with adversity, he never gave up and always stuck to his ideals or, at the very least, established his own enterprises. In any case, Elon Musk's persistence and persistent belief are a big part of why he's so successful now.

Tesla Struggled For A Long Time Before Becoming Profitable

Many car industry professionals were outspoken in their scorn for Tesla when it initially appeared on the market. The electric automobile, according to these people, was a non-starter that was doomed to fail.

In 2008, it appeared that these prophecies would come true, as Tesla was on the verge of bankruptcy owing to a lack of funds. Musk was in the process of manufacturing the Model S at the time. Surprisingly, he opted to declare bankruptcy and utilize his own money to keep the firm afloat.

This wealth was made up of the funds ($35 million) he received from the sale of PayPal. Elon was declared broke just two years later. Fortunately, the entrepreneur was able to survive thanks to personal loans from friends. Tesla became profitable within a short length of time. During this period, Musk and his team also worked long hours and slept on the production floor.

Tesla is now one of the most successful electric vehicle manufacturers. But none of this would be possible without Musk's unwavering tenacity. Furthermore, it was his belief that made this possible in the first place. This clearly indicates that pursuing a personal interest is likely the most potent motivator that any business can have.

When it was introduced as security software for the PalmPilot and other portable devices in 1999, PayPal was chosen as the worst business idea of the year. However, Musk and co-founder Max Levchin began to focus on developing an online wallet, which gained traction.

Indeed, when people started writing the corporation, it became evident that this wallet was being utilized to enable eBay auctions. As a result, they abandoned the original concept in favor of an electronic wallet. PayPal eventually received money to execute this concept, and the firm went public in 2002.

Most companies fail because they fail to identify their target market's pain concerns. In other words, they pursue ideas and conceptions that were bound to fail from the start.

Elon Musk has always made adjustments as needed and strived to develop a product that delivers a clear answer to the end-user. Of sure, it appears simple. Nonetheless, far too many entrepreneurs let their preoccupation with a certain product concept to blind them to market realities.

Everyone Predicted That SpaceX Would Fail

It took Space X sixteen months to demonstrate that a rocket could land on one of the recovery drone ships. True, the initial effort was quite successful, and the rocket's precision astounded most specialists. Nonetheless, growth was gradual, and many questioned the company's credibility.

However, Space X successfully landed three of these rockets in a row in mid-2016. However, calamity occurred the following year when they attempted to repeat the feat four times instead of three. It was a significant setback for Musk and Space X, with the media adopting a scathing attitude to the tale.

While it was entirely understood that Space X would slow down operations, Musk urged that they must continue and make good use of the critical data obtained during this disaster. In a recent interview, he also noted that space exploration is a high-risk endeavor for anyone participating. They already know that 'sending people to Mars' would always be fraught with peril.

What Can You Learn About This Failure?

Elon Musk is a maverick and nonconformist, as seen by his massive failure at Space X. In other words, he takes a stance separate from his colleagues and employs free-thinking to create the outcomes required for success.

Finally, we can't deny that Musk is a divisive figure. In terms of his personal life, he has been through some pretty trying times. After all, he had a very public and lengthy divorce with his prior marriage. He indicated that he was in profound despair throughout this time.

As if that wasn't enough, the 2008 recession wiped out Space X and Tesla's profits. Elon was nearly bankrupt again and faced with the dilemma of axing one of these two firms.

Elon ultimately opted to split any remaining cash between the two firms later that year. He learned that NASA was committed $6 billion to Space X; both firms weathered the storm, and Elon married again just a few years later.

Whatever you think of Elon Musk, he continues to display an unwavering will to achieve. Despite the uncertainty and hesitation, he makes big decisions and completely commits to them to the finish. 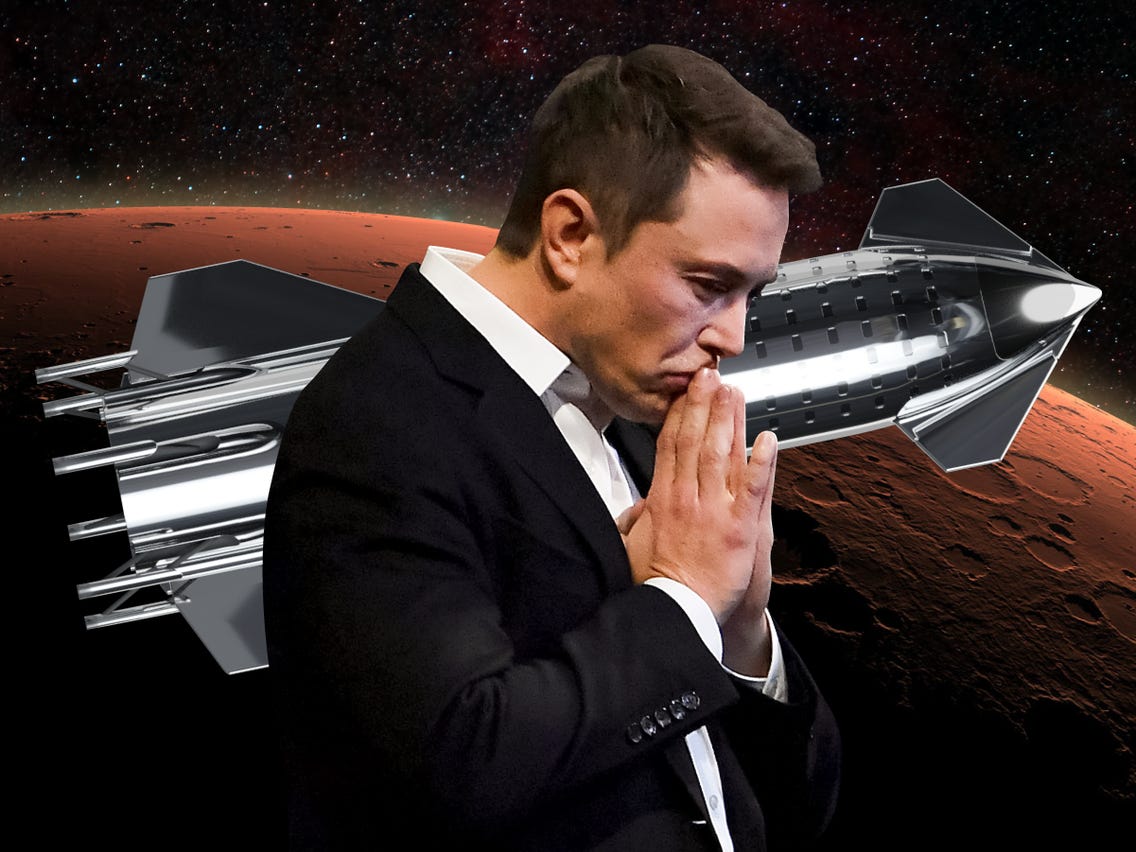 Despite his numerous failures, Elon Musk is not just a genius but also a highly determined guy with a strong desire to achieve. Tesla and Space X appears to have a bright future. It's a tribute to his character that we can't wait to see what the South African does next!

One thing we must not overlook is the media's capacity to capitalize on your failures as an entrepreneur. They will broadcast such news without hesitation - Musk's failures are only one example. However, as an aspiring entrepreneur, you need not be concerned since the media will cover your triumphs as well when you achieve success.

How Elon Musk Got Rich?

Musk's riches are mainly reliant on his ownership of Tesla, which had a market price of more than $792 billion on Monday, and SpaceX, which was valued at $74 billion following a financing round in February.

What Is Special About Elon Musk?