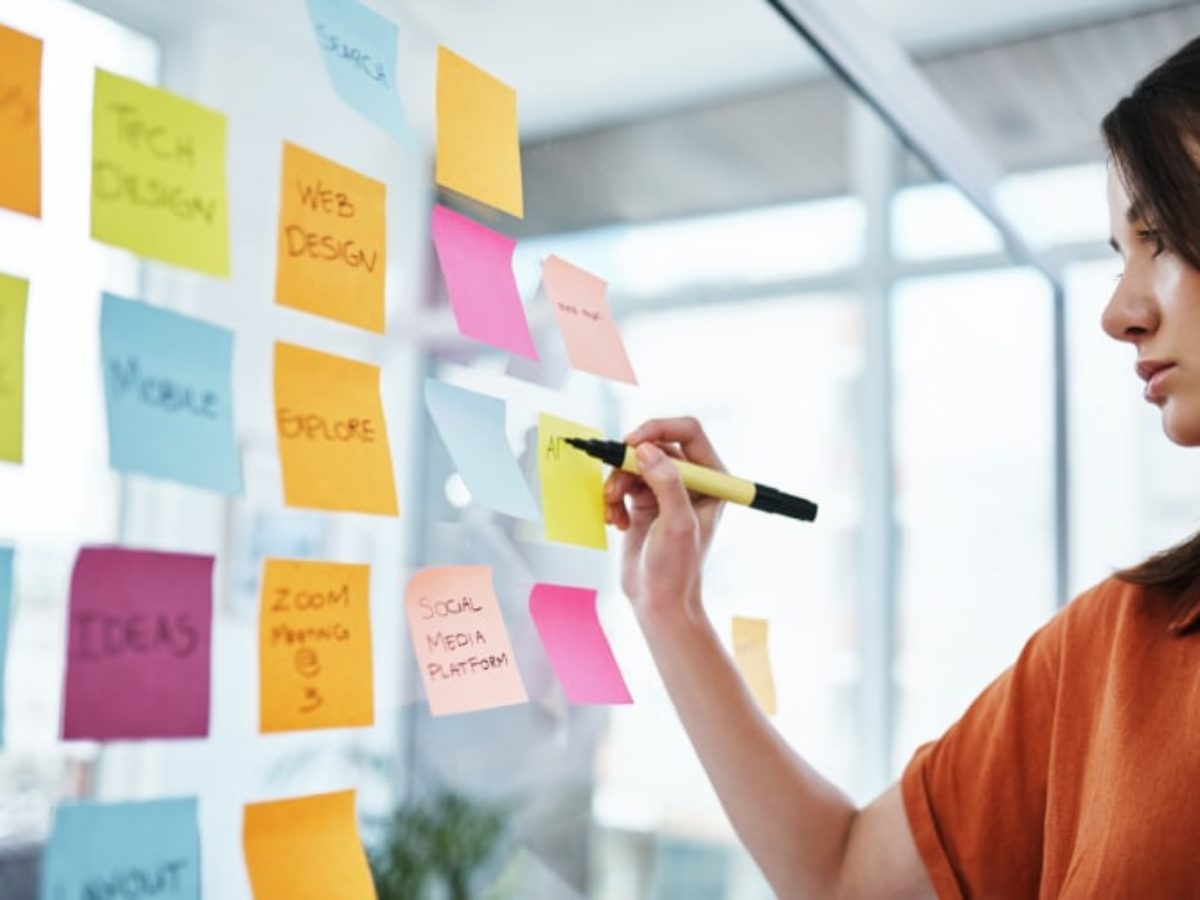 It's not just you.

We have a fantastic selection of top 6 marketing examples with results to get you started.

And the majority of users are aware of its efficiency.

There is only one issue: content marketing may be extremely labor-intensive.

Running content marketing initiatives on a daily basis might make it challenging to continually generate fresh concepts and maintain momentum.

These business-related marketing examples can inspire you to get creative and develop your own motivational content marketing to attract leads and close sales.

Marketing is what a company does to try to get people to buy or sell their products or services.

Advertising, selling, and delivering products to consumers or other businesses are all part of marketing.

Advertising is one way that people who work in the marketing and promotion departments of a company try to get the attention of key potential customers.

Promotions are made for specific groups of people and may include celebrity endorsements, catchy phrases or slogans, memorable packaging or graphic designs, and overall media exposure.

Even for seasoned CMOs, evaluating the post-pandemic marketing landscape is a tough task.

Additionally, the number of cord-cutters is growing, which lowers broadcast viewership and degrades the effectiveness of paid digital advertising.

So how can businesses reach their intended markets without using more conventional marketing strategies?

In the absence of pricey advertisements, is it even possible to create genuine, enduring brand value?

The short answer is yes, however, the future's path is still being developed.

These top 6 marketing examples with results produce measurable effects in addition to being entertaining.

Super Bowl advertising is in high demand by brands.

It also makes sense if you want to reach your intended audience.

According to statistics, 41% of Americans watch or follow the NFL, and more than one in two NFL fans claim they discover new products through TV advertisements.

So the Super Bowl's eye-catching advertisement is pricey.

The most expensive 30-second ad spaces in NFL history are predicted to have sold for roughly $6.5 million in 2022.

Some manufacturers have in the past gone above and beyond by extending the slots by an additional 15 or 30 seconds.

Reddit, however, made the decision to go small or go home with its video marketing effort.

Reddit took a significant risk, and it was profitable. It invested in a five-second Super Bowl commercial spot.

It began with what appeared to be some basic auto advertisement, transitioned to a screen that was glitchy, read some text, then switched to horses racing through a field.

People mistook the advertisement for an accident since it was so unclear.

And that attracts attention during a big event like the Super Bowl.

However, it was over quickly.

Social media was flooded by viewers eager to learn what had just occurred.

And when they arrived, they were greeted by a Reddit Tweet, which has since received 464,000 views on the social networking site.

It became one of the day's most talked-about, noticed, recalled, and shared advertisements, according to The New York Times.

Coca-Cola also came up with a call to action that was different and worked well.

This call to action was hard to forget and catchy, so people practically begged to buy a bottle.

Whether they wanted to keep it for themselves or give it to a friend whose name was on the label.

Even though Coca-Cola was a well-known brand before the Share a Coke campaign, the results were amazing.

Some of the important points are:

What can you learn from this, though?

Most businesses don't have as much money as Coca-Cola does.

But that doesn't mean there aren't important lessons that businesses can learn from it.

Here are a few of the most important things they did:

Even if your business isn't as big as Coca-Cola's, you can still use some of the strategies they used in their successful content marketing campaign.

Even though the food delivery market is very competitive, DoorDash has steadily moved up the ranks and now has a 48% market share, which is a lot.

One of the smartest things DoorDash has done is to support causes that are important to the people who use its service.

This means giving its technology to food banks and helping small, local businesses all over COVID-19.

DoorDash knows that people often make decisions based on how they feel.

People want to do business with people and brands that believe in the same things they do.

Whether or not the company advertises its charitable work, word gets out, brand awareness goes up, and sales probably follow.

As part of DoorDash's 2020 campaign to help local businesses during the pandemic, the "Open for Delivery" video was made.

More than 114 million people have watched it, and many DoorDash fans liked it.

For this project, DoorDash even stopped competing by making the #OpenForDelivery website, where people can order from UberEats, Postmates, and other direct competitors.

Microsoft is a technology behemoth with the stated goal of "enabling every person and every business to achieve more."

Microsoft, similar to many other major corporations, conducts a significant amount of advertising both online and on television.

The product and use-case-centric strategy that Microsoft takes stands out as particularly noteworthy.

The majority of Microsoft's advertising is comprised of softer sales pitches rather than direct calls to action that encourage consumers to "purchase now" and describe the features and prices of the company's most recent technological innovations.

A commercial promoting the Surface Pro 8 that lasted under 30 seconds and did not include any product information or calls to action received thousands of likes (and cracked 1.75 million views on YouTube in under a month).

This demonstrates how effective methods of marketing that are not directly targeted may be.

Red Bull "Give You Wings" Marketing

Everyone agrees that Red Bull, an Austrian company that makes energy drinks that promise to "give you wings," is a marketing powerhouse.

Red Bull does interesting things with sponsorship and event marketing.

First, the main thing it sells is an energy drink.

It only promotes high-energy things like extreme sports and music battles, and it works with other companies like GoPro to do this.

RedBull also sponsors events like motocross rallies and creates crazy stunts that get people talking about the brand.

Simply put, Red Bull keeps putting its brand where athletes, people who love adrenaline, and sports fans are likely to be.

And it crosses dozens of fields to get the most attention.

This wasn't just a way for Red Bull to get its name out there.

In the next six months, Red Bull's sales rose by $5.2 billion around the world.

Sneaky Ways Starbucks Gets You To Spend More Money

Whether you adore it or despise it, there is no denying that Starbucks has perfected the marketing of its premium coffee and tea.

One of the reasons that Starbucks has been so successful is because of its customer loyalty program, which offers discounts and other benefits to its tens of millions of existing consumers.

The user experience is improved thanks to this rewards program, which, of course, helps to keep the brand in the minds of the consumers who support it.

This results in referrals via word of mouth, mentions of the brand both online and offline and an overall boost in the visibility of the brand.

When a customer buys a beverage from Starbucks, they are eligible to receive stars as a reward.

In the year 2020, the gamified loyalty program had 18.9 million active members, many of whom had achieved gold status by accumulating 450 stars within a single calendar year.

What Are Three Examples Of Marketing?

Commercials on TV, billboards on the side of the road, and ads in magazines are all examples of marketing at work.

What Is The Marketing Strategy Of Starbucks?

Use a Multi-Channel Promotional Strategy.

Starbucks promotes its brand and products mostly through its website, social media, and displays in its stores.

What Is The Nike Just Do It Campaign?

By using professional athletes and motivational slogans that focused on sportsmanship and health, the campaign showed that Nike is an innovative American icon that is linked to success.

Customers began to think that buying from them was a way to get ahead in life.

There have been many important strategies used by businesses in this area, such as:

Using a mix of these ideas can help you get your business back on track and help you reach the goals you've set for it.

If you need a whole new content marketing strategy or just a little bit of inspiration to get you going again, these top 6 Marketing examples with results should help.