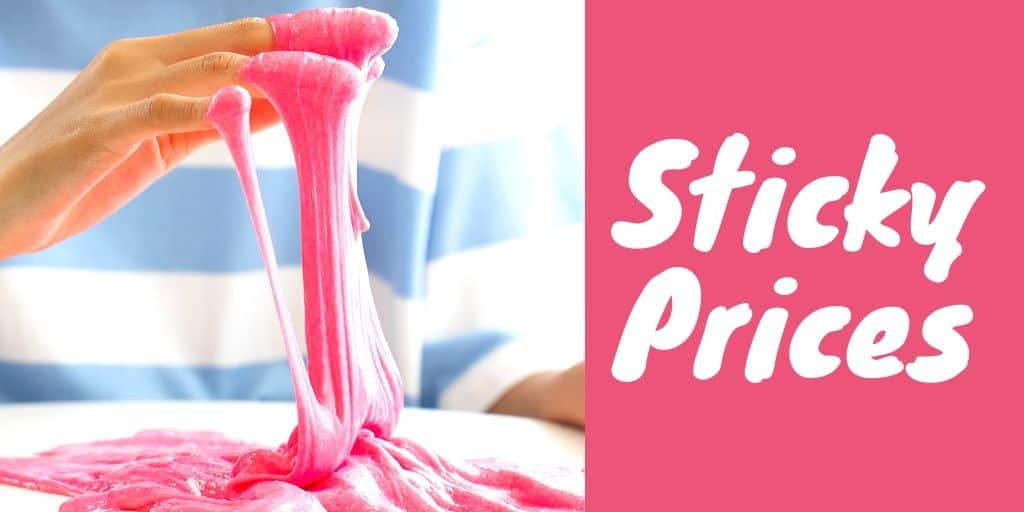 Sticky prices, also known as price stickiness or normal rigidity, are prices that are unable to be altered.They don't rise or fall in response to changes in demand.The cost of producing them does not fluctuate as rapidly as the cost of other goods do.

It is common knowledge that most goods and services are subjected to supply and demand.In other words, when demand rises, prices rise as well; when demand falls, prices fall.However, this isn't always the case with certain products and services.

Sticky prices refers to the fact that the prices of goods and services do not change over time.Despite the fact that you would expect them to shift, they remain the same.

What Is Price Stickiness?

It is difficult for the market price to move quickly despite shifts in the overall economy suggesting a different price is optimal, a phenomenon known as price stickiness or sticky prices.

In economics, "sticky" refers to a financial variable that is unable to be altered.When it comes to prices, it means that despite changes in input costs or demand patterns, sellers (or buyers) of certain goods are reluctant to change the price.

For example, if the price of a once-in-demand smartphone remains at $800 even when demand drops significantly, then price stickiness would occur.The term "nominal rigidity" refers to price stickiness, which is closely linked to wage stickiness.

To put it another way, price stickiness refers to the tendency of prices to stay the same or to change gradually despite changes in the costs of producing and selling the goods or services.The economy's operations and efficiency may suffer as a result of this stickiness.

Price stickiness, for example, can have the same welfare-reducing effects and deadweight losses as government-imposed price controls from a microeconomic perspective.Instead of just affecting nominal price levels, changes in money supply may have an impact on the real economy, causing changes in investment, employment, output and consumption.

When prices are unable to respond quickly enough to shifts in the money supply or the state of the economy, the market becomes inefficient, which leads to market disequilibrium.New Keynesian macroeconomic theory relies on price stickiness to explain why markets may fail to reach equilibrium in the short or even long term.

The high costs of printing new brochures and menus, re-filming TV commercials that mention the price, etc., may lead a company to decide to keep prices the same.

If you own a restaurant, imagine that the cost of your ingredients has gone up.Price increases are almost always the result of an increase in the cost of doing business.

Transportation prices (new cars and air fares, for example) are quite flexible – changing every 1.9 months – while medical care (drugs and doctors' services) and entertainment (movie tickets, newspapers, and books) change prices rarely, every 14.9 months and every 10.2 months, respectively, according to the Federal Reserve Bank of Minneapolis's analysis of six broad expenditure categories.Sticky prices are the most difficult to change.

It's possible that you've just finished printing your new menu and have already begun an advertising campaign.

In the long run, it would be more detrimental to your business to change your prices than to reprint menus, remove large billboards from around town (with no compensation), and cancel expensive local TV ads.

There are many factors to consider when deciding whether or not to raise prices when a critical raw material becomes more expensive, such as whether or not your competitors will follow suit.

What Can Be Done To Reduce The Price Of A Product And Increase Revenue?

While knowing all of this is helpful, the real reason you're here is to figure out how to reduce the stickiness of your prices.There are three main methods:

As a business owner, not knowing your costs is one of the most disastrous things you can do.It's true that calculating overhead costs can be a bit hazy, but you still need an idea of what your costs are likely to be.If the cost of an input changes significantly, you'll want to know the impact and whether or not you need to take any precautions to protect yourself from the change.JC Penney's new pricing strategy, which we previously blogged about, is an example of a business taking a flat-rate approach because of this knowledge.

Optimize The Use And Value Of Your Company's Business Model

You can lower your prices by making sure that your business model revolves around usage and your operating costs.

Take a look at Wistia, a video-hosting service that we talked about in our blog post on optimizing the pricing page.

Their monthly bandwidth costs are (likely) enormous, but bandwidth usage is an important value metric for which they charge customers.To make sure that anyone who uses an unusually large amount of bandwidth is properly compensated, they operate in this manner

You have to know exactly how much your customers are willing to pay for your product if you want to sell it to them (s).In general, this is the first and most important rule of pricing.

It's possible that you won't be able to charge them at the top end of this range because of various contributing factors, but at least you'll know where you can push the price further.Even if you don't have a price optimization software, you can still do this by calling the company.

C Is For Communication

In a piece on communication in price optimization, we discussed how customers interpret price changes.However, it's worth reiterating the importance of listening to your customers and communicating openly with them.Consumers are aware of price changes, especially when they are explained to them in a way that makes sense.

Important: When a long-term contract is involved, price stickiness is more likely to occur.Any relevant conditions, such as increased taxes or changes in production costs, will not affect the price agreed upon by a company when it signs a two-year contract to supply office equipment to another company.