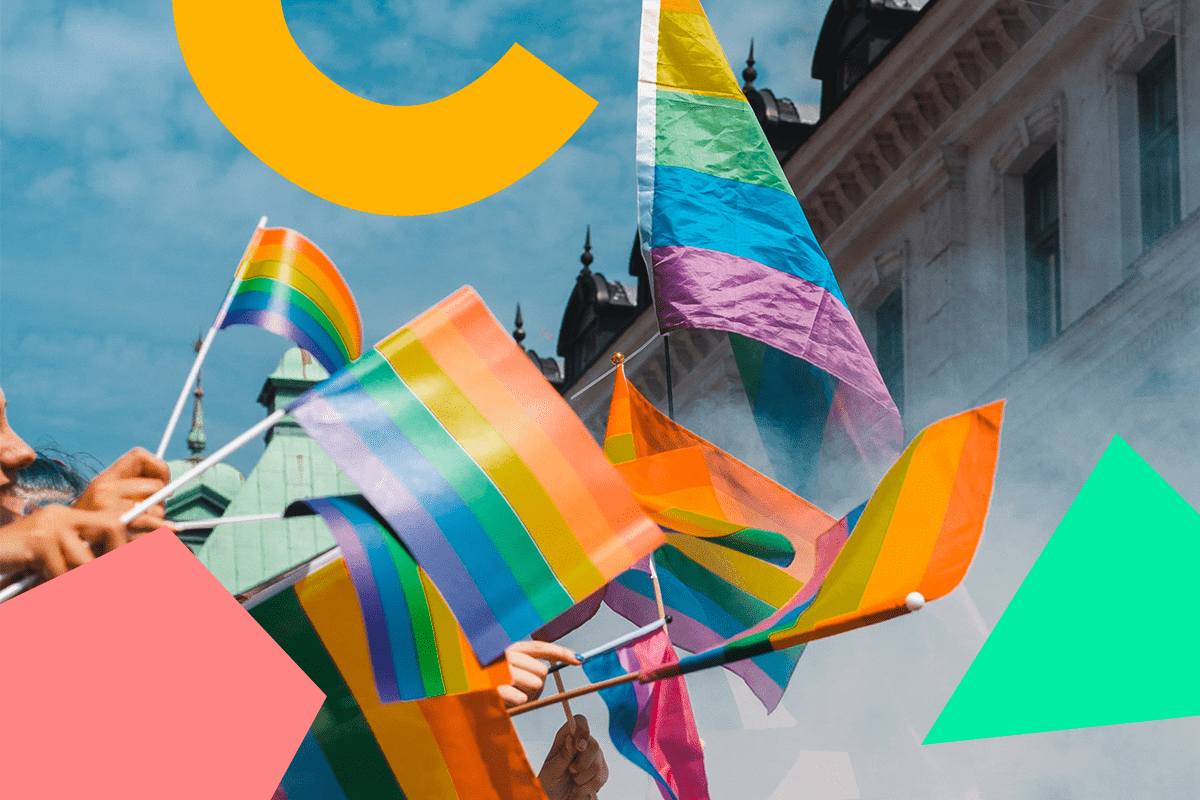 The pride month campaign is an opportunity for your company to celebrate, express support for, and promote awareness of LGBTQIA+ rights on your social media platforms.

People of all sexual orientations have encountered several forms of discrimination in society and the workplace.

That is why, now more than ever, it is critical to support the LGBT community.

This Pride Month, let us celebrate their rights without discrimination.

LGBTQIA+ is an acronym that stands for lesbian, gay, bisexual, transgender, queer, intersex, and asexual people.

For decades, people, particularly employees under this umbrella phrase, have faced discrimination and shame.

It is also past time for leaders to recognize and accept LGBT people with pride and honor.

Knowing where to begin or how to give back without a large budget can be tough for small businesses, but it’s important to know that the Pride month campaign is not just for the mega-brands.

What Is Pride Month? 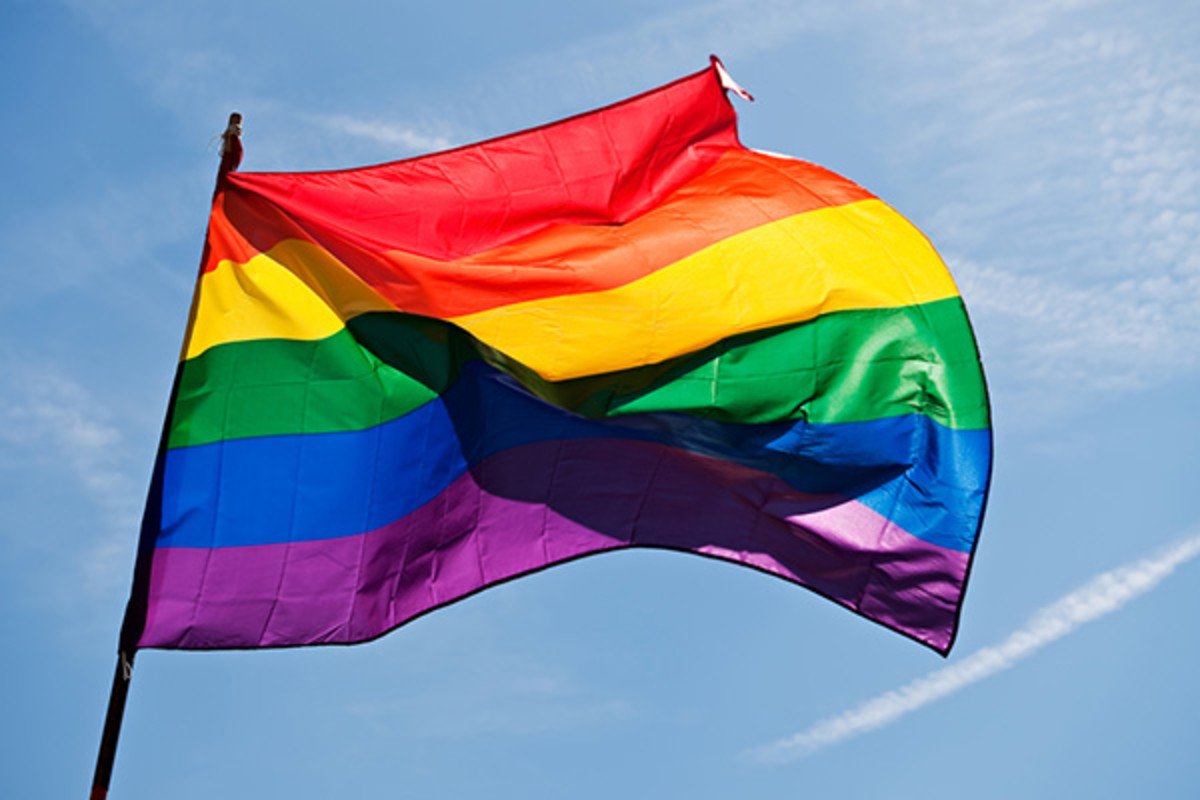 Pride flag in a pole

The origins of pride month or LGBT pride may be traced back to New York City rallies.

On June 28, 1969, demonstrators responded against the Stonewall riots in Greenwich Village.

Every pride march thereafter has been an homage and a monument to those who responded against police violence in the pursuit of homosexual rights, known colloquially as the Stonewall riots.

Pride is a celebration of identity, gender and ethnicity, sexual orientation, and all other minorities.

It is a battle for human rights equality, tolerance, and acceptance. It also alludes to the accomplishments of community members achieving equal rights.

The month of LGBT Pride is also known as LGBT History Month.

Is Your Brand Truly An Ally Of The LGBTQ+ Community?

Perhaps the most crucial thing to ask yourself as an enterprise brand is if you've yet developed any enduring and real relationship with the LGBTQ+ community — both within your company and beyond its borders.

If the answer is no, then your brand should prioritize its role in generating community results every day of the year.

If an advertisement is not a genuine supporter of the LGBTQ+ community, it has no right to gain from it.

This distinction is critical: between action and lip service, between community drive and brand motivation.

The Do’s And Don’ts Of Pride Month Campaign Planning 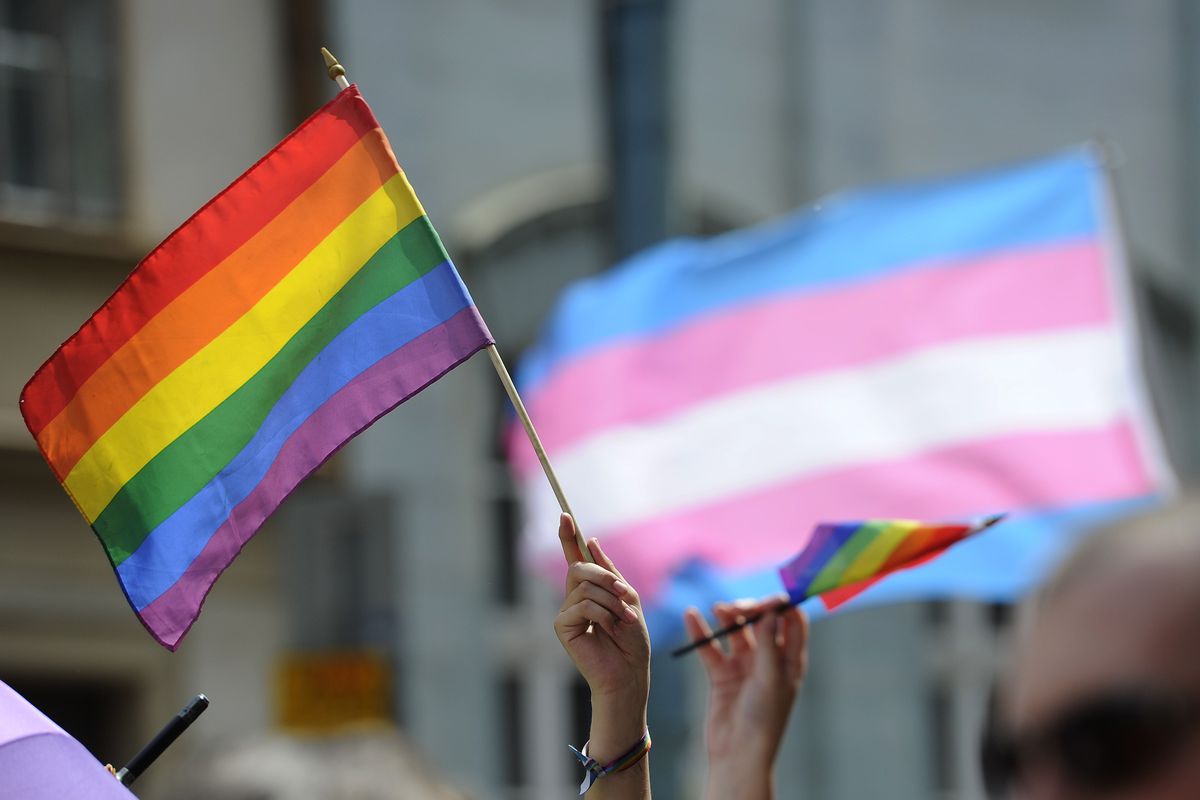 A hand raising and waving pride flag in the air

Before you get headfirst into designing your corporate Pride month campaign, it's critical to incorporate a diverse spectrum of employees in the process.

Form a group of employee volunteers to act as a sounding board and to offer feedback as your ideas take form.

Don’t: Exploit Social Initiatives And Conversations As A Means To Reach Business Goals

Celebrating Pride month and demonstrating support for the LGBTQ+ community is not a passing fad, and it should not be regarded as such.

If you only share rainbow-branded material or talk about it to "get in" on the crucial debates going on this month, you risk alienating your workers, clients/recruits, and others.

Do: Ask Yourself Why You’re Supporting This Initiative And Have A Clear Purpose

Before releasing Pride-related content, consider if you are contributing value to the discourse.

What am I seeking to achieve by interjecting myself into this discussion?

What are my motives?

Do I want my organization to be perceived as a safe haven or an ally?

Or is my firm a safe haven and ally?

Remember that the Pride Month campaign is not about your commercial objectives.

If you don't already support the LGBTQ+ community year-round, use Pride as an occasion to address it with management and workers.

Only one month out of the year, June is perhaps the "most acceptable" month to demonstrate support for the LGBTQ+ community.

To be a real ally, you must exhibit this degree of support all year.

Do: Educate Yourself And Those Around You On The Origins And History Of Pride Month

Companies that participate in Pride Month campaign frequently fail to appreciate and recognize the rich political history of the month.

Pride Month is observed in June to commemorate the 1969 Stonewall Uprising in Manhattan, which served as a watershed moment for the Gay Liberation Movement in the United States.

Not only is Pride a chance to celebrate the accomplishments made since the Stonewall Riots, but it's also a moment to reflect on how far we still have to go as a society.

An effective Pride campaign should focus on education and awareness.

Do: Make Education And Awareness The Core Of Your Campaign

Ideas for content for your Pride Campaign include educating your followers on the significance of the Pride flag.

Utilizing posts to describe the history of the Pride flag, ask your workers what Pride means to them, and publish their responses in Q&A articles.

Another possibility is to make posts to help followers understand Pride Month campaign, as well as resources to help people better educate themselves on the cause and support individuals in the LGBTQIA+ community.

Create a campaign centered on increasing community awareness and knowledge. 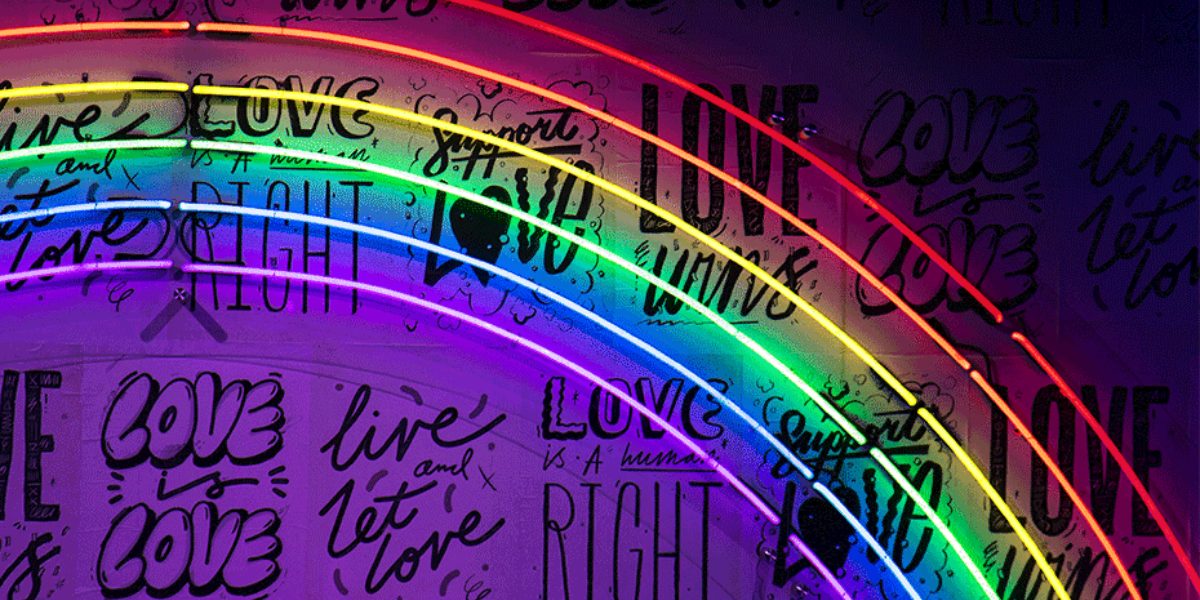 Here are several ways to celebrate Pride Month campaign in virtual offices, from emoticons to happy hours to Zoom backdrops.

One of the simplest Zoom pride ideas is to use virtual backdrops.

During the month of June, you may swap your usual backdrop with a vibrant homage to the LGBTQ+ community.

Here are a few suggestions:

Pride is about education as much as it is about enjoyment.

Members of the LGBTQ+ community have been forced to conceal for decades, and their contributions to mainstream history have been diminished.

The marches, celebrations, and pronouncements in June are about recovering the past as much as they are about battling for the future.

Hosting virtual LGBT history classes is one of the most significant ways to commemorate the month.

Working from home is made more bearable with background music, and pride playlists celebrate the season with the sounds of embracing one's individuality.

Consider putting up a playlist of music by allies or queer musicians, or songs about the LGBQT+ experience.

Hits by homosexual legends like Madonna and Janet Jackson, as well as drag show favorites like Lady Gaga, can also be included.

Invite employees to give music ideas and then distribute a team playlist to make the process more collaborative.

Digital Date With A Drag Queen

Planning a drag-themed team-building branch event is one of the most inventive virtual pride month ideas for work.

You may even reach out to local drag bars or troupes to collaborate digitally.

Be aware that these services will almost certainly be in great demand during Pride Month.

Is Pride Month A Marketing Strategy?

In 2019, research conducted in the United States on consumer assessment of Pride-related ads yielded some unsurprising results.

Fifty percent of respondents felt that corporations who release Pride-themed items do so as a marketing strategy.

What Is Pink Economy?

The pink economy, also known as pink money or the pink market, is a phrase used to characterize the purchasing power of the non-heterosexual population, which includes lesbian, gay, bisexual, trans, intersex, queer, and others.

How Do You Market To LGBTQ?

Celebrating Pride Month campaign in the workplace is a huge step toward equal opportunity and recognition.

These virtual Pride Month campaign marketing ideas deliver a good message that your firm respects and values all of its workers, regardless of gender or sexual orientation.

It's also a great way to keep your remote employees motivated and pleased.

You create a safe atmosphere for employees by supporting Pride and LGBTQIA rights.

Acceptance and tolerance must be prioritized.

Pride is about coming together.

Pride is a kind of protest.

Pride is a festival.

Pride is synonymous with equality.