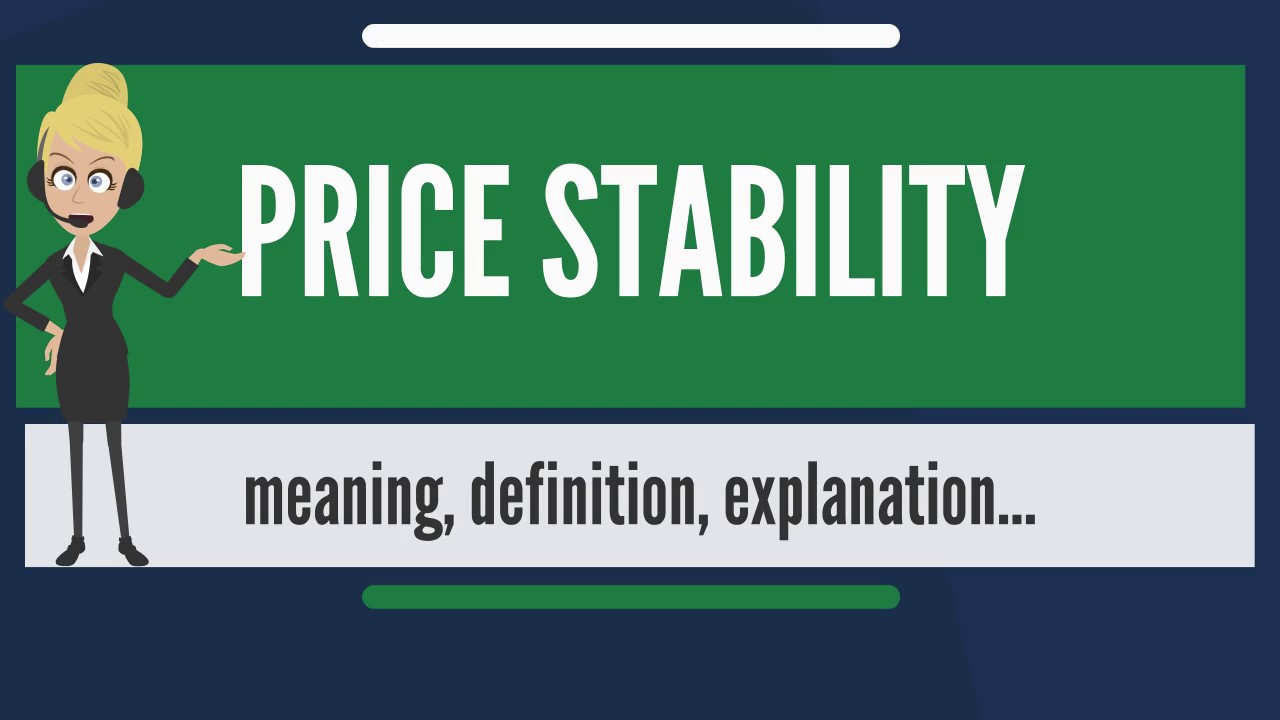 Consumer and investment decisions do not have to account for changes in the general level of prices in order to be considered to be in a state of price stability.As long as there is a steady supply of goods and services, inflation is low and predictable.

There are economic phenomena that have negative effects on the economy, such as rapid inflation and deflation.The term "inflation" refers to an increase in the overall cost of goods and services, which reduces the purchasing power of one's money.As the name implies, deflation is the polar opposite of inflation, characterized by a persistent decrease of prices across the board.

Inflation can have a negative impact on the economy in a variety of ways.The information conveyed by prices can be distorted by a change in the inflation rate, which can have a negative impact on economic growth.Unstable price increases also lead to inequities, as the value of savings is eroded at random, and this is particularly harmful to the position of retail savers.

Risk premiums may rise as a result of increased uncertainty about inflation.

Deflation is viewed as a more serious threat than inflation by many economists.It causes prices and wages to fall while the value of money increases.

Deflation often leads to debt crises and an increase in bankruptcies because loans must be repaid with money that is worth more than when the loan was taken out.

Inflation and inflation-related uncertainty tend to rise in lockstep with rising inflation rates.Price stability is therefore often aimed for at a level close to zero.A very low inflation rate, on the other hand, has its drawbacks.

Prices and wages are inflexible, making it difficult to reduce them.

As a result, a steady, low inflation rate helps to keep the economy in a more stable state by reducing the volatility of prices.

An upward measurement bias has been found in the most widely used inflation indicators.

What Is Price Stability?

If the prices in an economy do not rise or fall significantly in indexes of prices like the CPI or the Harmonized Index of Consumer Prices, they are considered to be price stable (HICP).

What Is The Quantitative Definition Of Price Stability?

Price stability was defined quantitatively by the European Central Bank (ECB) in 1998 in order to be as specific about what constitutes "significant fluctuation" in prices.

"An increase in the [HCIP] of less than 2 percent year on year is considered price stability."

Also, the European Central Bank stated that "price stability" is to be maintained "over the medium term," which is defined as a period of one to three years (over three years).

Inflation and deflation must be avoided at all costs in order to maintain price stability.

For an economy to experience inflation, there must be a long-term rise of prices for goods and services, which results in a decrease in the value of money and purchasing power.

A longer-term decline in the general level of prices for goods and services is referred to as deflation.

Inflation that is moving too quickly is harmful for a variety of reasons, including the fact that it makes economic decisions more difficult and slows economic growth.As a result, savings become less valuable as inflation rises.

Economic growth is threatened by deflation because people and businesses postpone consumption and investment due to the lower cost of goods.An inflationary gap could develop that is extremely difficult to close.

There is an increase in the value of loans that are not repaid because of this, which puts borrowers at risk and financial institutions at risk as well.Employers often find it difficult to reduce wages despite falling output prices.There is a higher rate of joblessness and bankruptcies because of this.

As the name suggests, price stability is about maintaining a constant level of prices throughout the economy.This means avoiding both inflation and deflation for an extended period of time.Keeping the price of goods and services at a stable level helps the economy grow and create jobs.

Fiscal policies, such as adjusting tax rates or government spending, are the government's means of ensuring that prices remain stable.

To combat both inflation and deflation, fiscal policy can be used by the government to increase or decrease the amount of money citizens have at their disposal, thus altering the value of that money.

Monetary policy, implemented by a central bank (such as the Federal Reserve Bank of the United States, or Fed), aims to keep prices stable by adjusting the interest rates at which the bank lends money to individuals and businesses.

Because loans taken out during deflation have to be repaid with currency that is now worth more than it was when the loan was taken out, monetary policy works well against inflation but not against deflation.As a result, an economy benefits most from a low and steady inflation rate, which keeps the nominal interest rate above zero and enables banks to help stabilize prices.