The Spark Enough Of A Network Effect 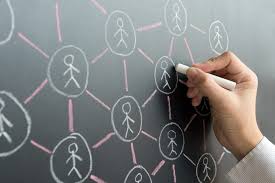 When you start a community, don't forget that you're not building for one person, but for the whole thing. A lot of people who aren't used to social products have a hard time with this. Let's show you how this works with a real-life case. In the case of building a single player tool, like a SaaS tool, you'd build all the features that help your users who use the platform do better what the platform does. To make a social app, the goal is different. As long as the network is strong, there doesn't need to be any quality of life changes.

When people go to Instagram or the Clubhouse, they don't go because they want to look good. There are a lot of apps that have the same features as these. These apps are used by other people. In general, the apps become more appealing as the number of people on them grows, especially if the people on them are well known, friends, or exclusive. You could get twice as much land for the same price if you bought a house in the middle of nowhere, but people don't do that because they want to be part of a group (wherever the career and mating opportunities are). Soon as we find people on an app not cool or not worth our time, we'll switch apps. This is how it works: A lot of people went to Clubhouse because it looked cool at first, but when it became boring, they didn't want to go back. There's a lesson here: To start your community, you need to do four things.

Build For The Network

Even though this is a well-known project, there are problems with how the server is set up. In the beginning, where do you go? How do you make a new friendship with someone else? There is less complexity in the server owner's head because he or she can see where everything is, but there is less interaction between users, especially new users, because they don't know each other. Topics don't stay the same, they change.

In the "Roadmap" channel or the "Support" one, do you ask a question about the roadmap if you need help? Because they made the same mistake, people tend to dump all their questions, feedback, and other topics into the "General" channel or even worse, into any other channel they can find. This is because we made the same mistake, too. If you want to build things for the network, you have to get rid of the clutter for the people who use them, even if that's a little hard for you as the network admin.

Start By Keeping It Exclusive

In addition to getting people to join, the allure and mystery of a small group of friends also makes them spread the word. If you have a cool, cult-like group of 30-50 people, you can get them to refer other people. When people refer their friends to exclusive communities, they like it when they don't have to "advertise" for open communities. When someone refers someone to an exclusive community, they're actually advertising for the community, but the person who refers them doesn't know this. People are also more likely to join a private, behind-the-scenes community than one that is open to the public, as well. You need to come up with a secret that only a few people know about, but this paradoxically makes more people want to join. People in the NFT world are very used to this. The more secretive and elusive the community is, the more people who use Discord by the time they start.

There's no point in having a community if the managers or moderators don't start a debate or two. You need to find a way to keep something or other going at all times. Every two weeks, we had a "admin debate" in our own Discord. People competed for roles and prizes in a "weekend quiz" that took place at the same time. Because of the competition, the roles came to have meaning. People fought over Zoom calls for a title, so the title became important. They have a lot of things to talk about (engagement rises), but communities that talk about beauty and fashion don't do so well (not much to talk about). A voice or video call is the best way to start a conversation like this. Slack and Discord can't do video calls with more than 15 and 25 people, so you'll need to add Zoom (or use Scenes, it has both solutions).

Isn't it interesting that most of the people who use social networks are college students? It's because college kids already know other college kids, so they're more likely to invite friends and have fun with their friends on the app. It turns out that all social apps are just like college groups. First, Facebook took over a single college so that network effects would be at their highest, and people who knew each other in real life would be the most likely to use the Facebook web app. Then, they moved on to the next college. Why did we name our Discord server "Virtual Campus"? Because this is what it looked like. It's not like our ads didn't say that, either. Online, having a college-style positioning set off a chain reaction that helped seed the first group of users, who then spread the word to the next group of college-educated users.

People who read Economics for Managers say that network effects say that the business with the most customers will be more successful in the long run. A lot more people are likely to buy it. People call markets where network effects are important "winner-takes-all markets," and this is because they are so important in these types of markets.