8 Biggest Marketing Fails Of All Time 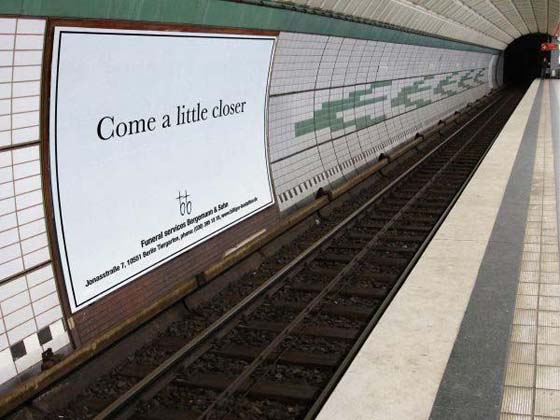 The most obvious reason for marketing fails is that marketers forget who they're promoting to.

Many failures may be attributed to marketers' tendency to lose sight of the objective and focus on being "original" or "unique" rather than addressing their target audience.

Creating eye-catching ads is a crucial part of the process, but being extravagant should never come at the expense of alienating your customers.

Some organizations simply do not have realistic campaign goals, or they have chosen the incorrect time to launch their efforts. To be sure, a campaign can fail due to pure poor luck. However, there are several steps you may take to reduce the danger.

Marketing efforts are designed to highlight the value that your company can deliver. What requirements can you meet? How do you set yourself out from the competition? Set the tone of your brand by sharing a piece of your personality.

If your efforts lack the goal of elevating your brand and attracting customers, they are doomed to fail.

We couldn't talk about Coke without mentioning its perennial rival, Pepsi, who fell flat with one of the worst marketing blunders in modern history. In 2017, the soda company aired an advertisement in which TV celebrity and model Kendall Jenner seemed to defuse tensions between demonstrators and police by offering a police officer a Pepsi.

People were outraged and outraged by the ad, which they claimed trivialized significant issues such as racism, police violence, and Black Lives Matter. While Pepsi claimed to be sending a message of "peace, togetherness, and understanding," the ad came off as quite callous.

While modern businesses frequently attempt to engage with significant causes, jumping on the newest hot-button issues is a risky approach. Many marketing campaigns have failed because they try to promote their products by exploiting serious social concerns or politically heated news occurrences.

Dove's positive body image "Actual Beauty" campaign, which featured real women in a favorable light, was a success. It was a motivating campaign.

Indeed, the effort has been operating for 15 years and is largely regarded as one of the most effective marketing initiatives of all time. The company's goal is to assist women to maintain a good body image.

Dove then got their hands filthy. In the United Kingdom, they issued limited edition packaging depicting various images of female bodies. Women's figures were compared to abstract, shapeless soap bottles on their labels.

On social media sites such as Twitter and Facebook, the release became a jest as well as a subject of actual concern. They only produced seven distinct bottle forms, requiring women to select the bottle that fit their shape.

Instead of encouraging a positive body image, it increased self-consciousness.

McDonald's- I'd Hit It

McDonald's has had several highly effective advertising efforts over its history. They've also had some missteps, none more so than their 2005 campaign, when they strove too hard to be "cool" and fell short.

In order to appeal to the younger population and look hip and fashionable, they sought to employ terminology that adolescents may understand.

They devised the "I'd Hit It" ad, which portrayed a young guy looking longingly at a burger with the tagline "I'd Hit It."

It's perplexing why they assumed someone would want to have sex with a cheeseburger. Perhaps the McDonald's marketing staff was duped by a little youngster into believing that "I'd hit it" meant something different.

Or they were indeed catering to a very tiny population of people who want to fornicate with their food. How about American Pie style?

Burger King developed a campaign to run on smart devices that triggered the device to read a list of burger components uploaded to Wikipedia, the crowdsourced online encyclopedia.

This was a fantastic concept until hackers changed the Wikipedia entry to add substances like cyanide.

The campaign was withdrawn as a result of the attack, and a potentially unique marketing avenue was temporarily sidelined. This is especially disappointing considering the campaign's premise was brilliant.

Do you know that toothpaste company? That one, for sure. They experimented with preparing frozen meals.

They may have succeeded if their primary product, toothpaste, hadn't been so fantastic. People just didn't equate excellent meals with a company that had previously delivered things that belonged in the bathroom medicine cabinet.

An easy solution would have been to invest in or acquire a subsidiary firm, providing the consumer with another brand to focus on while they pounded out a new product. Colgate might have just continued to brighten our smiles and left well enough alone.

Concentrate on your strengths. If you're going on a whole new path, consider segregating your branding and marketing for the various goods.

In a year when Harvey Weinstein's transgressions and the #MeToo movement dominated the headlines, Ford chose the worst possible picture for their commercial campaign. Three ladies were chained, gagged, and placed in the trunk of their new Ford hatchback.

The advertisement was withdrawn, and Ford was forced to offer a public apology because many people found it insulting and believed it encouraged violence against women.

Bloomingdale's produced an ad in a 2015 Christmas catalog depicting a serious-looking man staring at a smiling woman who is facing away from him. Perhaps a touch spooky, but not too horrible until you read the caption: "Spike your closest friend's eggnog when they're not looking."

Before launching a campaign, ensure that it is reviewed by many people on your marketing team. While editing for grammar and spelling is vital, collecting various viewpoints ensures that potentially unpleasant or tone-deaf statements are identified before they are published.

What began as a simple jest on a sign outside a Denver coffee shop became a nationwide outrage. The cafe's owner posted a sign that stated, "Happily gentrifying the area since 2014."

The problem is that gentrification causes displacement of locals, who are generally low-income minorities. Protests and even vandalism were leveled at Ink Coffee.

A variety of factors might cause marketing strategies to fail. Some of the most common causes are that they aren't targeting the proper personas, that you didn't do enough research, that you didn't have realistic goals, that you crafted the wrong message, and that you sent content at the wrong moment in the buyer's journey.

What Are Product Failures?

What exactly is a product failure? When a product fails to generate adequate demand after its debut and consequently fails to recoup its costs, we call it a product failure. Symptoms include a drop in sales, higher-than-expected costs, and an inability to compete in the market.

The conclusion of all of these awful marketing initiatives is to always put a lot of thinking into your marketing. Be deliberate in your message, offer, and the words and imagery you use to express.

Every company wants to create a huge impression or go viral, but be sure you're receiving attention for the right reasons, not for marketing blunders that people will never forget.