How To Make An ARG Story? 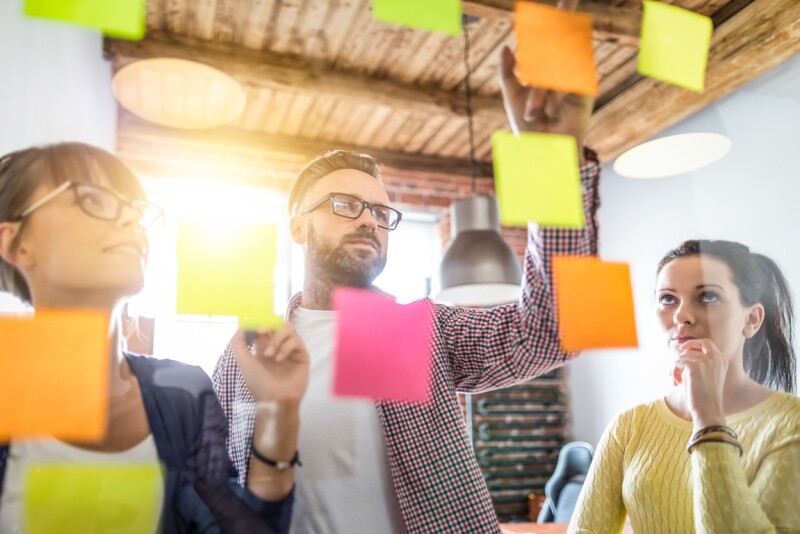 An alternate reality game (ARG) is a networked interactive narrative that uses the actual world as a platform and incorporates transmedia storytelling to present a story that can be changed by the thoughts or actions of the players.

The form is characterized by intensive player participation in a real-time tale that changes based on the answers of the players. As a result, it is formed by characters actively managed by the game's designers, rather than being controlled by an AI, as in a computer or console video game.

Players engage with the game's characters directly, complete plot-based tasks and puzzles, and work together as a community to evaluate the tale and coordinate real-life and online events. ARGs often make use of multimedia, such as telephones, email, and mail, but rely on the Internet as the primary binding medium.

How to create your very own ARG (Alternate Reality Game)

7 Tips To Make An ARG Story

Begin With A Plot, A Setting, And A Subject

To begin with, the story may be extremely simple. Begin at the beginning (present the aim), then go on to the middle (overcome hurdles), and then to the finish (realize an altered/improved condition). Later on, you may create simple and complicated interactions (game mechanics), as well as variations on the main tale parts.

Also, keep in mind that an Alternate Reality Game is an alive (digital and/or physical) event, which can vary depending on how players engage with the plot and the game. As a result, provide room in the tale for adaptation and plan for any changes that the puppet master may need to make throughout the game. The narrative, place, and subject of your tale might be fictitious or actual, and they can be related or unrelated to your performance development goal.

If you're doing an ARG to increase meeting efficiency in your financial services firm, you might not want to make a tale about meeting efficiency in a financial services organization. You might wish to think about writing a fictitious, unconnected tale about improving the League of Justice's meetings (go figure, Superman is never on time for meetings).

Consider a realistic, unconnected tale about improving the efficiency of meetings for the local parent-teacher group.

The ARG tale must have a beginning, middle, and finish that takes place along a story chronology. The ARG, on the other hand, will have a real-time timetable. Consider how many days, weeks, months, or years it will take for players to finish the ARG.

A lengthier ARG timeline could necessitate a more sophisticated ARG tale and more in-depth character development. A simpler tale can sustain a shorter ARG. In reality, a one, two, or three-day ARG must have a straightforward plot. When players only have a limited amount of time to finish the ARG activity, an extensive tale might come in the way of accomplishing chores in the game. They will spend more time attempting to discern and comprehend the purpose and objectives outlined in the tale than they will on completing games and meeting learning and performance goals.

The ARG background can be used for a variety of purposes. Depending on how you present the Rabbit Hole, the background can serve as a precursor to the Rabbit Hole, providing players with context for how the current condition came to be before they start the game. History can also be used to meet the interests of players who are primarily Explorers.

Remember that people's backstories, the setting, and the present condition are all crucial to Explorers. It provides a framework for them to organize their own investigation while playing. Achievers may be interested in the backstory as well. As Explorers and Achievers explore the background, they may discover secret riches and/or portals to go on in the game without having to travel the usual path.

Tell The Story In Several Mediums

Alternate Reality Games are examples of "transmedia storytelling," which takes advantage of the possibility provided by several mediums. Tell the narrative on paper, with chalk on the sidewalk, and with signage. Use film, graphics, and animation to tell your tale. Use Twitter, Facebook, LinkedIn, Sharepoint, and Pinterest to tell your narrative. It is not an ARG until the player encounters and participates in the tale in a variety of forms and formats.

A well-designed ARG allows players to engage with and even influence the tale on an individual, group, or cumulative basis. As a result, the puppet master who monitors the overall gameplay must be accessible to make modifications or add to the plot and gameplay depending on the cumulative actions witnessed.

Opportunities for players to have an effect on the plot through individual or group gameplay should be sought out and exploited. When developing the original ARG story, it is also important to incorporate gaming observations and later revisions to the tale and interactions.

Simple Is Preferable To Complex

The plot should not be very complicated. For an ARG aimed at developing knowledge, skills, and attitudes, err on the side of simplicity. A complicated tale might be perplexing to players and put the game to a halt. When users play the ARG as part of their profession, they must balance ARG games with getting their work done and managing their lifestyles. Also, keep in mind that you're most likely aiming for 100% audience engagement in an ARG for business. A complicated tale might turn off gamers straight away and endanger obtaining 100% involvement.

A complicated plot might potentially threaten completion within the timeframe specified. If it takes players a few hours to comprehend the tale and what they should be doing in a day-long ARG, it's probable they'll be speeding through (or bypassing) subsequent gameplay aspects to finish the game on time.

The Story And Gameplay Should Be Linked

It appears sensible, but developing game elements tied to learning objectives and complementing a plot may be difficult. As you focus on implementing learning objectives, practice exercises, and learning collaboration into the game. At the same time, it's easy to lose sight of the performance goals once the creative juices start flowing and you become engrossed in creating a tale and building characters.

As with most serious games and immersive learning, ARGs for business and training must balance learning and enjoyment appropriately. If there is too much emphasis on learning and performance targets, the ARG will be dull and similar to previous tedious training sessions. If there is an overabundance of emphasis on having fun, the players will not learn anything and there will be no good influence on employee or corporate performance. How to make an arg

The writing of stories has been provided in a systematic manner here. In reality, it's far from orderly. You may write the ending of your narrative before the beginning. You might start with characters and then go on to a subject and narrative.

Whatever sequence you choose, interactive narrative creation is an iterative process that will go through several phases and drafts before it is logical, playable, and engaging. Remember that an ARG tale should be both interesting and functional.

What Is An ARG In Real Life?

An alternate reality game (ARG) is an interactive narrative that uses the actual world as a platform, frequently integrating different media and gaming aspects, to create a tale that may be influenced by the thoughts or actions of the participants.

How Can You Tell A ARG?

One of the most typical approaches to uncover ARGs is to carefully examine promotional materials such as posters or TV advertisements for repeating phrases or hidden meanings. However, it is far easier to delegate this task and just watch sites where admirers of the program, band, or movie congregate.