Forking - What Are Forks And Its Impact On A Crypto Community 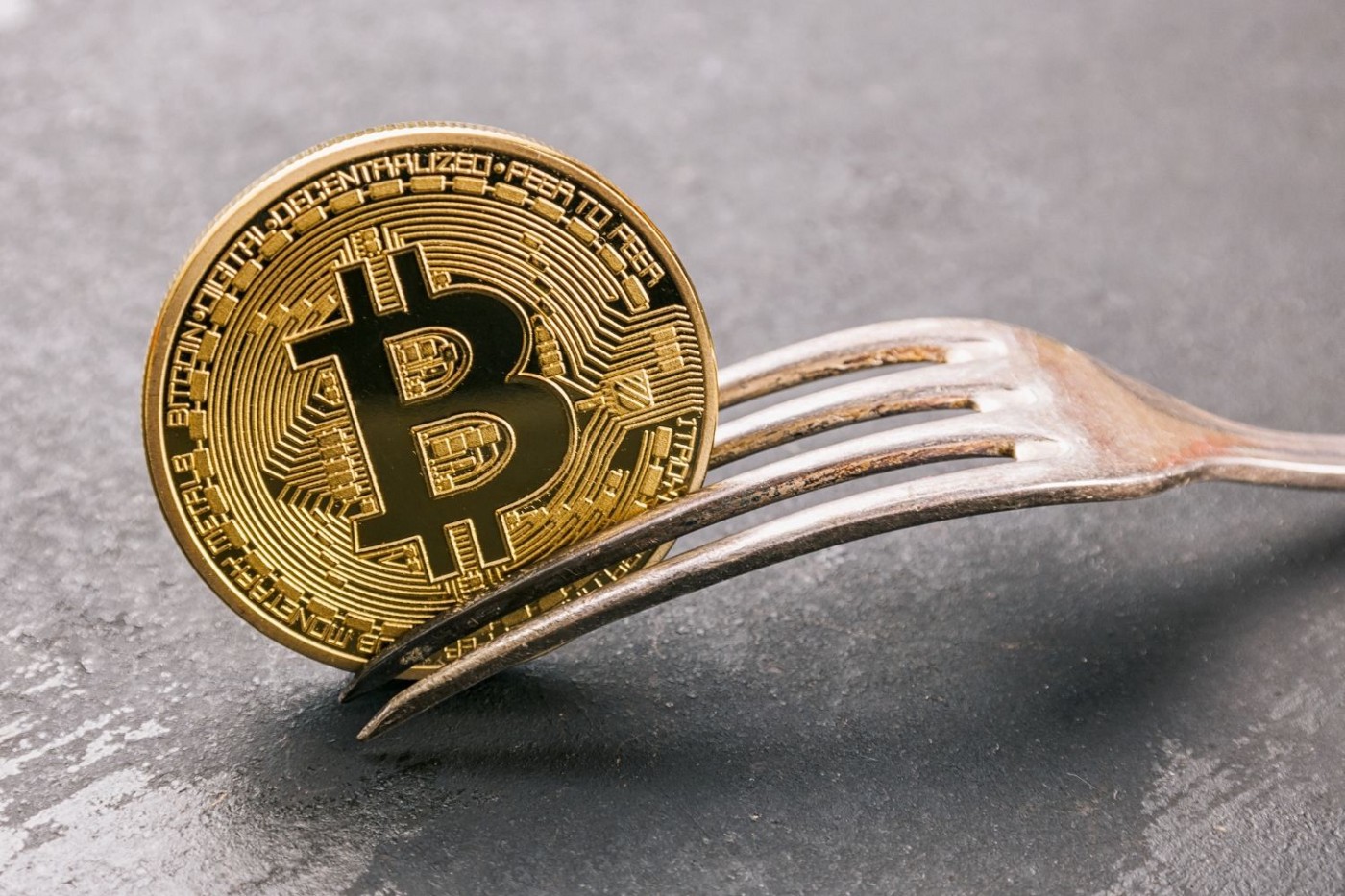 Forking occurs when a community modifies the blockchain's protocol, or fundamental set of rules. A blockchain is a decentralized, open-source software that powers cryptocurrencies like Bitcoin and Ethereum.

Why Is Forking Important?

Most digital currencies have independent development teams in charge of network changes and improvements, much like how changes to internet protocols allow web browsing to improve over time. As a result, a fork may occur to improve the security of a cryptocurrency or to add new features.

However, the developers of a new cryptocurrency may use a fork to create entirely new coins and ecosystems. 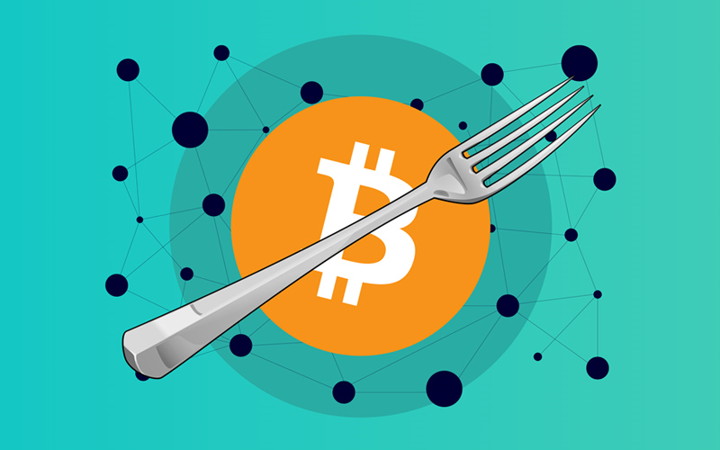 A fork and a bitcoin behind it

The changes are backward-compatible with the pre-fork blocks because the end result is a single blockchain. Soft forks have been used to add new features or functions to both Bitcoin and Ethereum, typically at the programming level. As long as all users adopt it, it becomes the new set of standards for a currency. Consider a soft fork to be a blockchain software upgrade. 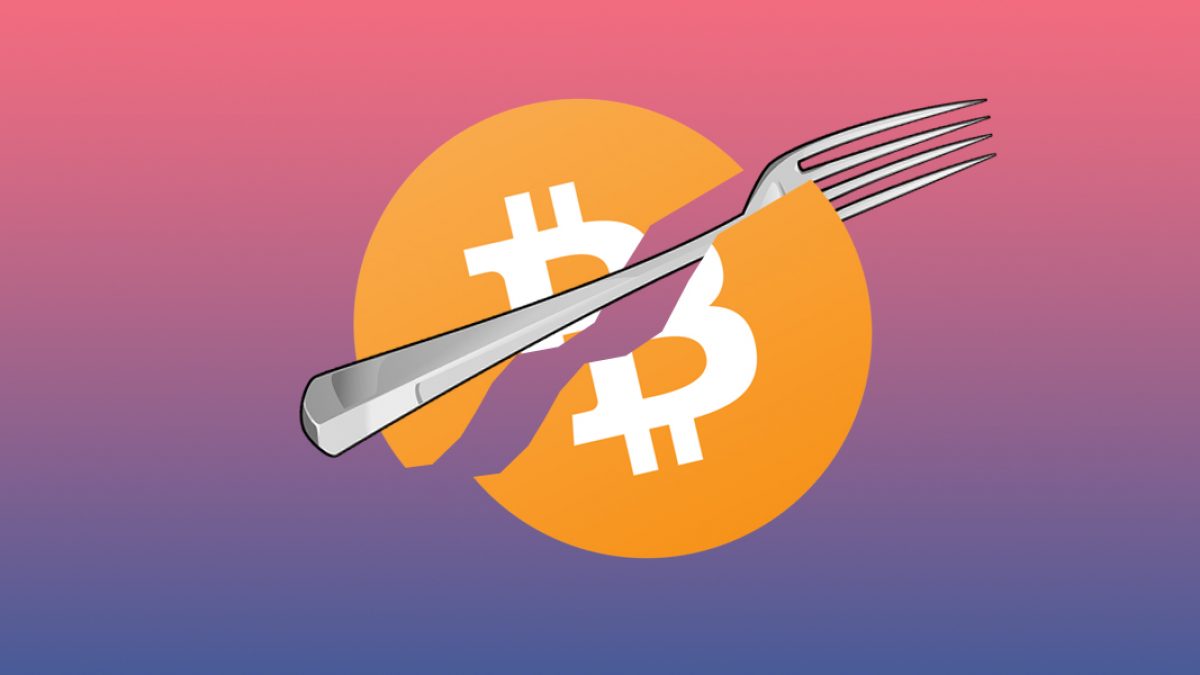 A hard fork occurs when the code changes so drastically that the new version is no longer backward-compatible with previous blocks. In this case, the blockchain divides into two parts: the original blockchain and a new version that adheres to the new set of rules. This results in the creation of an entirely new cryptocurrency – and is the source of many well-known coins. Through a hard fork, cryptocurrencies such as Bitcoin Cash and Bitcoin Gold emerged from the original Bitcoin blockchain. 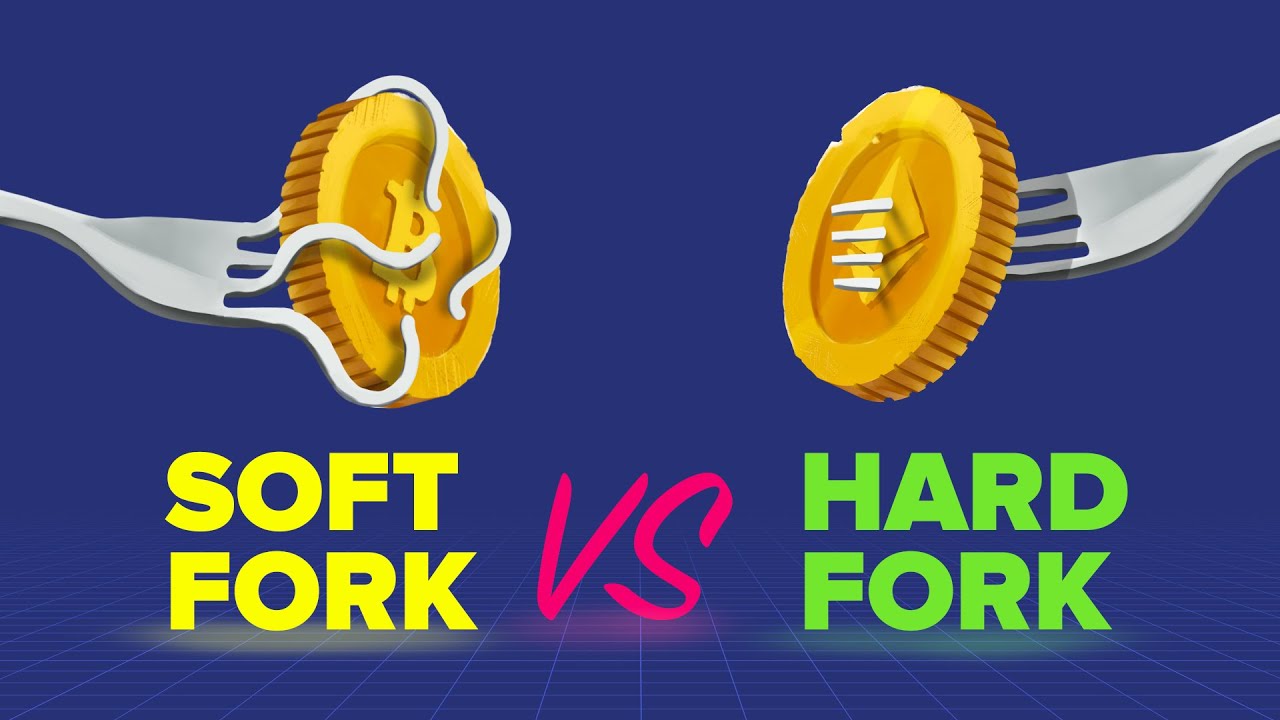 Soft Fork and Hard Fork with a bitcoin on it

A hard fork is a permanent change to the protocol that differs in such a way that transactions valid on one of the chains become invalid on the other chain as well. To be included in both forks, a transaction must adhere to the protocols of both branches. A soft fork, also known as a backward-compatible fork, differs from a hard fork in that it does not always cause transactions on one branch to become invalid on the other.

Hard forks provide greater security and are considered the preferred option by the majority of users. This is because hard forks increase network effects and create stability for the underlying cryptocurrency. It may also lead to greater decentralization by redistributing power away from developers and back into the hands of miners.

Segwit is an example of a soft fork. Segwit (Segregated Witness) modifies the transaction format of the Bitcoin Core software in order to increase transaction capacity. Segwit went live in August 2017, but it wasn't until February 2018 that all active nodes on the Bitcoin network started enforcing it by rejecting non-segwit blocks and transactions.

What Determines Which Fork Is Better?

A few factors can influence the outcome of any project or cryptocurrency. When deciding between two forks, one important factor to consider is which one has more support, whether from miners or investors. This may be difficult to determine before the hard fork, but it is critical to keep in mind before making your decision. It's also worth considering which of the two cryptocurrency projects has been around the longest and has proven its worth over time.

Bitcoin Cash and Ethereum Classic are excellent examples of this. Following the hard fork on August 1, 2017, Ethereum was split into two distinct cryptocurrencies, Ethereum (ETH) and Ethereum Classic (ETC). The split was caused by issues in the DAO, which resulted in a hacker stealing approximately 3.6 million Ether. These funds were supposed to be refunded, but after much debate within the community, no action was taken, and the funds were lost. This caused a schism between those who still supported the old chain and those who saw Ethereum as a brand new project.

This split sparked outrage in the community, prompting many users and miners to side with ETH, ETC. Those who chose ETH went on to trade it for new ERC20 tokens, providing the project with a massive surge of Initial Coin Offering (ICO) investments that have helped it grow tremendously in all areas. Those who chose to stick with ETC, on the other hand, were more interested in the ideological concept of immutability and honesty within blockchain technology and did not want to support what they saw as an inherently dishonest action on Ethereum.

This disagreement was the driving force behind their conflict, and while it may have been a good idea in theory, it ultimately led to the failure of both projects. As time passed, however, many more cryptocurrencies began to pop up that represented similar ideologies as ETC even without having split off from ETH during the hard fork.

The Impact Of Forks On A Crypto Community

Forks can be extremely disruptive to a community. There are frequently competing visions for the future of a cryptocurrency, which can lead to the feeling that traders and miners have no choice but to split up.

For example, the Bitcoin and Bitcoin Cash split occurred following a series of increasingly heated debates within the community. There is still a lot of animosity between the now-diverging communities, particularly over Bitcoin Cash's claims to be Satoshi's "true vision" for Bitcoin.

On the other hand, sometimes this level of disruption is sufficient to prevent a fork from occurring. The contentious SegWit 2.X fork was abandoned in 2017 because its supporters had "not built sufficient consensus for a clean blocksize upgrade at this time." The upgrade was put on hold due to concerns that it would result in another hard fork, further destabilizing Bitcoin.

There are numerous forked cryptocurrencies to choose from, but their utility and value may be dubious. Litecoin is the most promising and well-established, having established itself as a useful asset for microtransactions, making it much easier for individuals to send payments without incurring high fees.

Before investing in forked cryptocurrencies, take a close look at them. And, as with any financial decision, never invest more than you can afford to lose.

What Does Forking Mean In Crypto?

A fork in blockchain is variously defined as "what happens when a blockchain diverges into two potential paths forward," "a change in protocol," or a situation in which "two or more blocks have the same block height"

Is Forking Good For Crypto?

Hard forks can have a significant impact on cryptocurrency, and not just because of the uncertainty they create. The Bitcoin Cash hard fork is an example of a possible anomaly. The "parent" cryptocurrency's holders receive an equal number of forked coins.

What Does Ethereum Forking Mean?

A fork in the cryptocurrency world is defined as a change in the protocol of that currency. This type of modification renders previous versions of blocks valid while rendering the current version invalid (or the other way around).

Participating in forums or social media is the best way to stay up to date on upcoming cryptocurrency forks. When a new fork is announced, members of these online communities will share as much information as possible about it, as well as where you can find your tokens if you already own any of the coins that are being forked. If all of this is confusing and you need assistance, the crypto community is stronger than ever. However, the final decision is yours.

If you invest in cryptocurrency, you must stay up to date on the latest fork news for your specific coin.