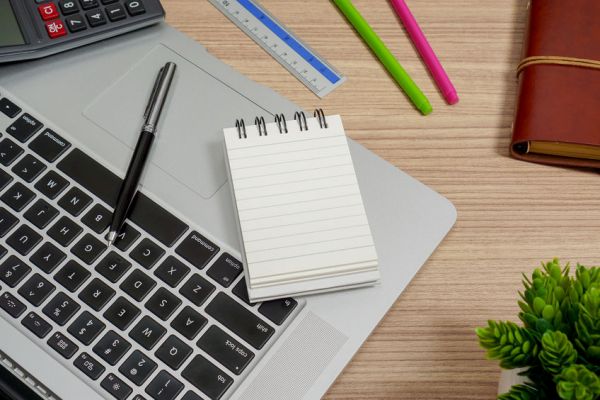 In 2019, financial services businesses spent more than $15 billion on advertising, an increase of 18.8 percent year on year. A significant portion of this budget is allocated to media coverage, which includes identifying and collaborating with top financial journalists and reporters.

Whether you work for a large financial institution or a fintech startup, you'll need a strong finance press list to have your story published.

The perfect journalist may help you reach a larger audience and generate goodwill that will pay you in the long run. Finding and contacting trustworthy financial journalists and periodicals, on the other hand, maybe time-consuming, especially if you don't know where to seek.

What Do Financial Journalists Do?

Although their particular responsibilities differ, financial journalists are typically in charge of the following tasks:

Weisenthal is the executive editor of Bloomberg Digital and the co-host of "What Did You Miss?" ", one of Bloomberg Television's signature market shows. He has also led the editorial growth of Bloomberg's digital brands' market and finance coverage.

He previously worked as one of the internet startup's original workers for Business Insider. His work concentrates on the wonders of Wall Street and the economy, and his knowledge has elevated him to the ranks of the financial industry's best specialists.

Stephanie Flanders is a well-known finance journalist in the United Kingdom. "I am a Senior Executive Editor at Bloomberg and the head of Bloomberg Economics, but my opinions are my own," she says on Twitter.

Flanders has worked with a variety of companies, including The New York Times and London Business School. She was also a speechwriter and advisor to US Treasury Secretary Lawrence H. Summers.

In 2008, she succeeded Evan Davis as the BBC's economics editor. She held the role until 2013 and is now employed by Bloomberg. Her Twitter feed is full of social commentary, and she interacts with her 125,000 followers on a daily basis.

Frances Coppola, not to be confused with Francis Coppola, is the creator of the Coppola Comment finance and economics blog, a contributor to Forbes and the Financial Times, and a guest writer for Open Democracy and other sites.

She studied singing and piano at the Royal College of Music before working for NatWest and Midland Bank, where she designed risk management and financial and regulatory reporting systems (now HSBC). She returned to finance after the financial crisis as a writer and pundit to give authoritative insight into the finance business.

Do you want to reach hundreds, if not millions, of readers? Make Krugman your go-to person. While Krugman may not be the easiest to contact, he certainly has the reach. After all, he has over 4.6 million Twitter followers and legions of devoted readers who anxiously await his editorials.

The Nobel Memorial Prize in Economic Sciences was awarded to the Distinguished Professor of Economics at the City University of New York for his contributions to New Economic Geography and New Trade Theory.

Anthony O'Neal is a best-selling author and lecturer who teaches students how to make wise financial, personal, and educational decisions. His podcast "The Table with Anthony O'Neal," which can be downloaded on his website, teaches individuals how to change their thinking and obtain a clear picture of their future so they can start winning in life and with money.

He has been on Good Morning America, The Tamron Hall Show, and Rachael Ray, among other shows. Along with the aim of his website, he teaches young folks how to budget, live debt-free, avoid college debts, and generate real wealth for their future.

What Skills You’ll Need To Become A Financial Journalist?

Being a successful financial journalist necessitates a specific skill set, which may be cultivated in journalism and/or business school, while acquiring job experience, or via independent learning. These abilities include:

What Do Business Journalists Do?

A business reporter often produces pieces about breaking news to keep readers up to date on industry changes and big events. ... They often write and report articles for news publications, television, newspapers, or radio.

What Is Business And Financial Journalism?

Whoever a firm selects to communicate its brand narrative, must keep in mind that time is money. In the financial business, where the market and economic trends change all the time, journalists are continuously attempting to provide information that is relevant to the current trend before it becomes old news.

Companies must also generate high-quality content in order to connect with these media experts. Regardless of their specialization or target audience, this might pique their interest.