How To Deal With A False FIR? 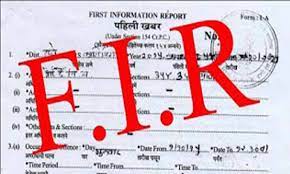 Before Discussing The Remedy, First, Let's Talk About What Is FIR?

It is called the First Information Report or FIR, and it is the first and most important document that is made before criminal charges are filed against the accused under section 154 (1) (x) of the Criminal Procedure Code (CrPc), 1973. Complaint: The victim makes a complaint to the police when they are the victim of a cognizable crime (the list of which can be found in Schedule I of the CrPC). FIRs can be filed at the police station where the crime took place. It is thought to be important because it starts the process of criminal justice. False FIRs have been filed against people and groups of people in order to harass them or make them look like they did something bad.

Remedies Against A False FIR

When a person feels that a false FIR has been lodged against him/her, he or she can resort to the below-mentioned remedies:

Anticipatory Bail can be requested by a person who has been accused of making a false FIR before they are arrested. This is possible under Section 438 of the Code of Criminal Procedure, 1973, which says that this can be done before the person is arrested. Anticipatory Bail lets someone who is accused of committing a crime when there is a good chance that they will be arrested apply for bail. About its goal, this section protects a person from being arrested and harassed by someone who files a false FIR. Before giving anticipatory bail, the court takes into account all of the things that could happen in the case. That's when they can decide whether or not to grant bail. There is a problem, though. This remedy can be used only before someone is arrested; after someone is arrested, the victim can get help under either Section 437 or 439 of the CPC.

In Section 482 of the CrPC, the victim can ask a judge to quash the FIR that was filed against him after he has been arrested. The High Court can then do this.

Any order the High Court needs to make to keep courts from being abused or to make sure the people get what they deserve is allowed by Section 482 of the CrPC.

Why Do You Need A Lawyer?

Getting justice and getting out of a false FIR is a very important step for someone who has been falsely accused in the criminal justice system, and it has to be done with a lot of care. When a person is arrested or even thinks they might be arrested, the first thing they should do is hire a good criminal lawyer who can help them through the process of getting bail and taking other steps. Only someone who has been trained in law can give the best advice based on the specific nature of the crime and the unique circumstances of each case. Because a lawyer knows the law for each offense, the precedents in the field, and the circumstances of the case, hiring a lawyer is important to the process of getting out of a false FIR.

It is very important for everyone to know the basics about a FIR. In order to understand your own case, you need to know these basic laws. Even if you only know a little about these things, it can be very useful when you're trying to figure out what to do.