Facebook Live Shopping Will End - Meta Will Focus On Reels 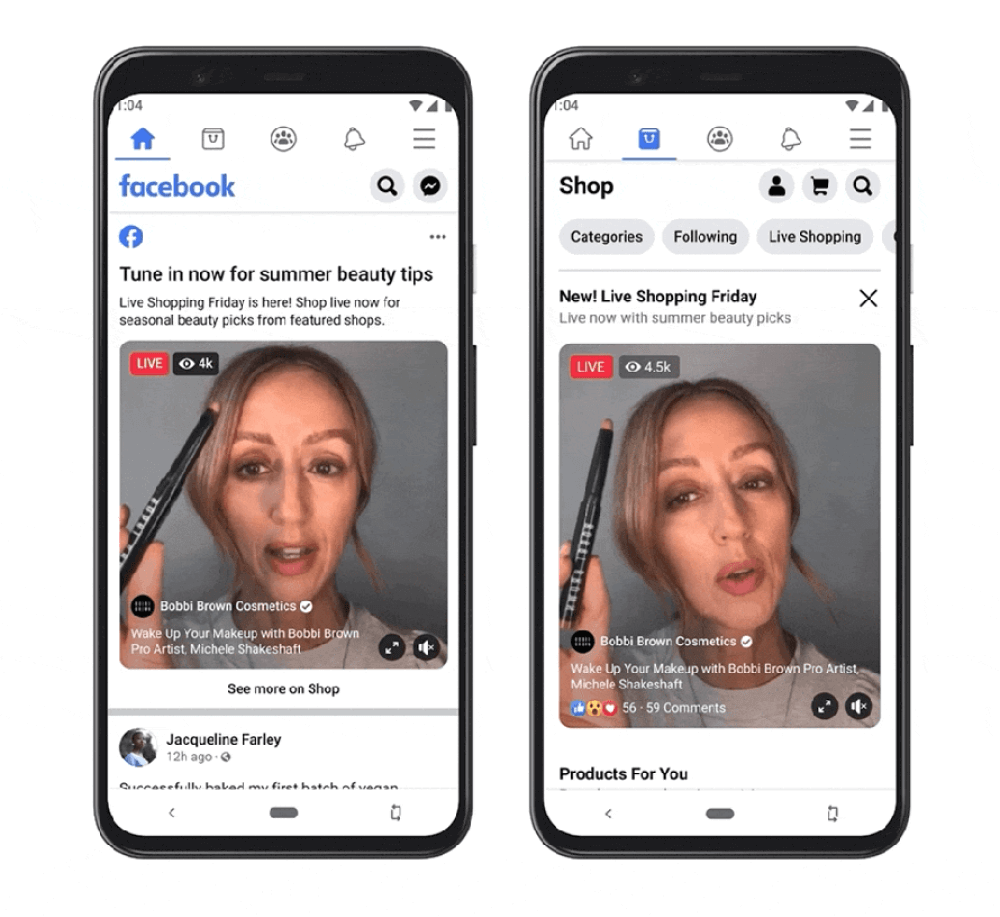 In a blog post, Meta revealed that beginning on October 1, 2022, Facebook would no longer let users to create live shopping events.

This change will take effect.

It will instead transfer its focus to Reels, Meta's short-form video product that is available on both Facebook and Instagram.

The company cites a shifting demand for short-form films among consumers as the motivating rationale for this decision.

Reels is available on both platforms.

In August of 2020, Facebook introduced live shopping with the intention of simplifying the process of online purchasing and providing retailers of all stripes with the tools they needed to expand their operations.

It offered an engaging and dynamic way to communicate with viewers while also selling things.

Although the Facebook Live function will continue to be accessible, online retailers will no longer be able to compile product playlists or tag individual items in their listings.

This indicates that shops will be required to seek out alternative channels in order to sell things on Facebook.

Some of these alternative channels might include the purchase of display ads and the creation of collections.

There won't be any disruptions to live shopping on Instagram.

Meta has increased its investment in its Reels product, which enables seamless video sharing across both of the company's key platforms, in order to compete with TikTok.

The video function, which was initially treated with hostility by users of Instagram, has seen increased appeal as of late.

The Integrity Institute, which is a think tank for social media and the internet, found that short-form videos accounted for 11 of the top 20 postings that were made on Facebook during the fourth quarter of 2021.

Because of this, retailers now have the opportunity to use videos to tag products, add calls to action, and communicate with the audience they are trying to reach.

“If you want to reach and engage people through video, try experimenting with Reels and Reels ads on Facebook and Instagram,” Meta suggested in the blog post. “You can also tag products in Reels on Instagram to enable deeper discovery and consideration.”

Meta has also improved the possibility for Reels to earn cash for the firm by enabling merchants and content creators to promote their work by purchasing advertising space.

This boosts the likelihood that the company will make money from Reels.

Why Meta Will Focus On Reels?

TikTok's reign as the most popular app among members of Generation Z over the past two years has prompted other social media platforms to make some strategic adjustments in order to appeal to a younger demographic of users.

In light of the fact that this was Meta's first quarterly revenue loss since the company went public, CEO Mark Zuckerberg highlighted Reels on Facebook and Instagram as an essential component of the business's strategy to recover.

It is likely that a substantial amount of this time was spent viewing republished TikToks, which is what led to the platform making some algorithmic modifications to downrank videos from its competition.

During this time, Meta is continuing its efforts to encourage users to generate more unique content on the Reels platform.

Despite complaints from users who long for Instagram's earlier emphasis on images, Instagram head Adam Mosseri stated in a recent video that more of the platform would embrace video "over time."

In the past month, Instagram has been testing the capability of automatically converting films that are shared on public Instagram accounts into Reels.

Additionally, Instagram has added a variety of templates and tools to make it simpler to build Reels.

Livestream shopping is gaining traction across Asia, with China being the region's most prominent adopter of the trend.

Despite this, it appears that broad consumer knowledge of live purchasing and adoption of the practice is still very limited outside of Asia.

This is because both Facebook and TikTok have retracted their plans to implement live shopping.