What Different Types Of Media Are There?

There are many different types of media that businesses and brands utilize for their marketing and advertising purposes to express their brand messages, as well as to promote their products or services.

Various media formats, such as movies, newspapers, magazines, and so on, are designed to convey information about the world to people who are sitting at home.A product or brand can also be advertised through several media types.Companies use the most relevant media channel to reach a large number of individuals throughout the globe.

What Types Of Media Are There?

Each of the various forms of media, from newspapers and magazines to billboards and social media, is considered to be distinct.

They can all be broken down into one of four broad categories:

A word 'printing' and icons surrounding it

This type of news outlet was once the only means of disseminating information to the general population.In the 1980s and 1990s, print media was the only kind of entertainment available.People relied on newspapers and periodicals to learn everything, from recipes and entertainment news to critical information about the country or the world, in the olden days.Print media consists of a wide range of media, including: 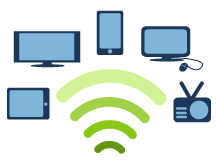 WiFi/signal at the center of iPad, tablet, phone, radio, and computer

Broadcasting media is comprised of films, audios, and written content that conveys critical or amusing information via a variety of methods: 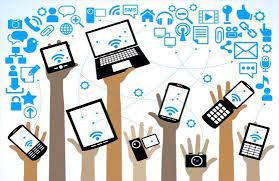 Nowadays, we rely on the Internet for news far more frequently than we do on traditional news sources.Websites disseminate information using video, text, and audio.We can also select the method by which we wish to get news.Internet media are classified into the following categories:

Out Of Home Media 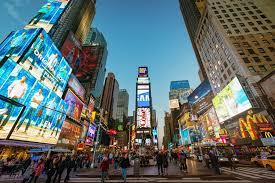 Billboards, posters, and LED displays outside

It's an exhilarating experience to be a part of the out of home advertising industry.Over the past few years, the demand for OOH advertisements has been stable.Real-world marketing has always been an exciting area for advertisers, and as we enter a new decade, that enthusiasm is understandable.

As a result of technological advancements and traditional benefits, many marketers and advertisers find themselves unable to resist the realm of OOH advertising.Take a look at the industry, where it has been and what the future may hold for you.

Adverts that can be seen outside a consumer's house are known as out of home advertising (OOH).Billboards, bus shelters, benches, and everything in between have all been included in the past.Outside of your home, if you see an advertisement (and it's not on your phone! ), you're probably looking at an OOH ad.

Getting your message out there might be a challenge because of the rise of digital advertising.For advertising and marketers, OOH overcomes this problem and is now combining with digital improvements to make it a potent instrument. OOH advertising comes in a variety of forms, including:

We use media to learn new things and entertain ourselves.With modern technology, we may choose the media we want to use at any time and anywhere.

Thanks to the Internet, we can listen to the radio on our way to work, watch our favorite shows on our phones, and research any topic we want.Who knows where technology will take us.