Why And How To Use Deferred Revenue In Your Business 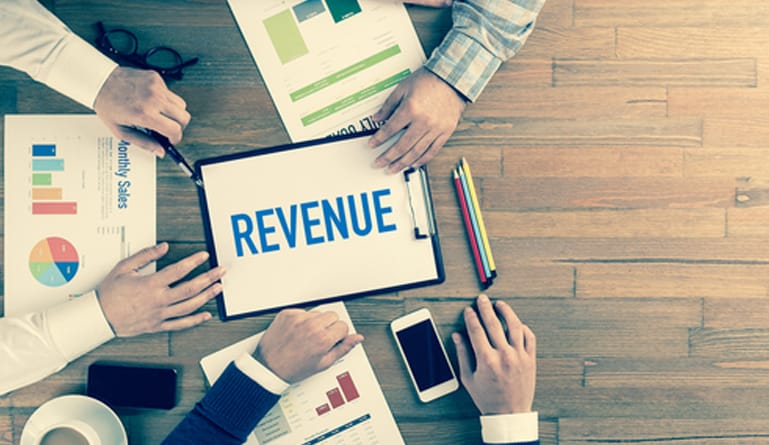 After a good sales season, the sensation of having money in your pocket is both exhilarating and possibly disastrous for your business.Do not confuse "cash on hand" with "actual income."The mere fact that you have income does not imply that it has been "earned."

In subscription SaaS firms, this mismatch is more typical, since clients are charged in advance of receiving a service.The money you've received for a product or service that hasn't been delivered on time is called "delayed revenue" or deferred revenue.

Profiting from delayed income will pay dividends for your company in the future, but not immediately.

Suppose a company owner wants to import a piece of equipment from the United States that costs 100,000 Indian rupees.An advance on the order's total value may be requested by the seller from the other side of the world.In this example, let's say that an advance payment of 10,000 INR was required.Once the invoice is issued and the equipment is received, this sum will be deducted from the company's assets.

How Does Deferred Revenue Function?

It is a liability on a company's balance sheet that gets an advance payment. Deferred revenue is regarded as a liability."A duty to the customer is owed by this provision, which comes with the products or services they provide.

Due to the danger of the goods or service not being provided, or the client canceling the transaction, the payment represents a liability to the provider.If no additional conditions of payment were included in a signed contract, the firm would be required to reimburse the client.

In certain cases, contracts might dictate that no income should be recorded until all services or items have been provided.In other words, until the client has earned the entire amount due under the contract, the cumulative payments will remain in accruing revenue.

How Is Deferred Revenue Reported?

Due to the short-term nature of deferred revenue, it is often recorded as a current liability on a company's balance sheet.It's still possible for a customer to pay in advance for services that aren't expected to be offered for many years.It will be reported on the balance sheet's long-term liabilities section as deferred revenue for the part of the expenditure pertaining to services or items that will be given after the date of expenditure.

Why Is Deferred Revenue Considered A Liability?

The service may not be supplied or the client may cancel their purchase, in which case the money must be reimbursed, until delivery has been completed.Deferred revenue is a liability since you've been paid for a product or service that you haven't yet provided.And that's why you'll see it listed with other current obligations on your balance sheet.

Many SaaS businesses keep track of their income using the accrual approach to avoid any misunderstandings.Only after a transaction has been completed and payment has been received does accrual accounting record revenue.Only once your organization has generated the money is it recognized.

How To Make Your Deferred Revenue Accounting Audit-proof

Deferred revenue problems may have a negative impact on your subscription company.The majority of companies depend on more sophisticated methods of revenue recognition and accounting.In the subscription and SaaS environment, finance and accounting staff employees are the unsung heroes.These strategies will help them keep your business out of danger.

Deferred Revenue May Be Used To Reduce Human Mistakes

Maintaining compliance with standards and handling hundreds of lines in a spreadsheet may be a challenge in revenue recognition.

ProfitWell's AI-based approach to revenue recognition minimizes human error, which is inherent in this scenario.

It is also possible to automate reporting on different sorts of income, enabling you to keep track of precisely which revenue has been recognized, and which remains to be realized.

With deferred revenue accounting, you're forcing yourself to resist the temptation of investing as-yet-unearned cash in a crucial new endeavor your firm knows it needs, rather than using a recent increase in subscriptions to smooth over that recent fall in recognized income.

An accurate picture of your company's current position and future development can only be achieved via careful consideration of deferred revenue.

Accurately recording assets and liabilities on a balance sheet is critical.Unearned income is not included on the asset side of the balance sheet since deferred revenue is reported there.As a result, the net value of the firm is not overestimated.