What Is Converged Media? 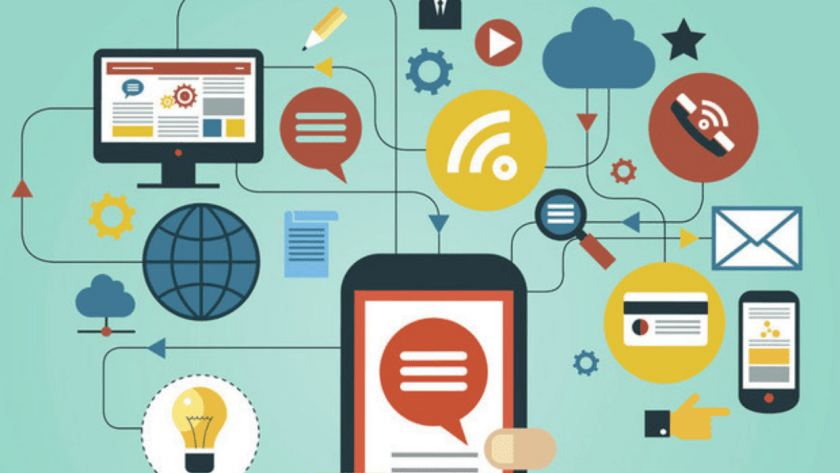 At the end of the day, content reigns supreme. The key to success is to create real original content that stimulates interaction via comments and opinions, tales, images, tweets, and other organic social amplification, often known as online word of mouth.

Brands may lead visitors to sites that include additional authentic material by nurturing content that generates this form of direct touch. That is how convergent media is created.

Do you know why media convergence is so important? It is significant because it combines content, communication technologies, and computer networks, resulting in the instantaneous change of many established businesses, services, and work habits, as well as the birth of new types of content.

Here are some of the main reasons why media convergence is important:

It changes the way people communicate, how news is reported, and how journalism is done. As an example, consider media journalism.

It resulted in cross-media since a large volume of material is now accessed via portable devices. For example, news companies no longer rely solely on print or video delivery.

The newly merged media platforms offer online access to archives as well as several options for readers to comment on the article or submit links to pertinent content.

The phrase "technological convergence" refers to the levels of abstraction that allow disparate technologies to interoperate efficiently as a convergent system. It is the process through which new technologies replace older ones and perform the same work more efficiently.

When new technologies are established, they usually take over or are improved from previous technologies and do the same work but in a more advanced manner. For example, people used to listen to music on the radio but today technological convergence has grown and the majority use smartphones.

The propensity for technology to move towards fulfilling a comparable purpose is known as technological convergence.

Similar to the basic notion of Economic convergence, which implies that nations with lower GDPs would expand faster than countries with higher GDPs, Economic media convergence enables a single corporation to reach wider interest groups through numerous types of media. Some of its important aspects are as follows:

Large corporations exploit old and new media to their advantage in economic convergence by selling items or product rights.

It is the horizontal integration of the entertainment business corporations such as Sony, AOL, Time Warner now has an interest in cinema, television, books, games, the internet, music real estate, and so on.

When two or more cultures absorb each other's characteristics and grow more similar, this is referred to as media convergence. The growing cultural parallels do not stop with consumer brand attitudes and media. The following are some of the key forms of cultural media convergence:

Acculturation occurs when the weaker of two cultures adopt features from the more dominant culture, such as Indians who predominantly speak English.

Assimilation when original characteristics of a weaker culture are totally eliminated and replaced with traces of a more dominant culture, for example, war immigrants who no longer speak the native language.

Some Examples Of Converged Media

The Smartphone is the most well-known example of media convergence. Smartphones combine a variety of mass media concepts and technology.

It also takes advantage of the internet. This intertwining or merging of communication channels is a powerful example of media convergence.

E-books are another example of media convergence. E-books combine the traditional paperback book with digital technologies such as an app or the internet.

These two media technologies combine to generate the e-book, which can then be accessed via a computer, tablet, or smartphone.

How Does Media Convergence Affect Society?

Media convergence has benefited both small and large enterprises, as well as provided us with instant access to the availability of information and material at the touch of a button. Media convergence has also improved communication, making our society more globalized, but it has also resulted in an unhealthy addiction to our electronics.

What Are The Benefits Of Media Convergence?

The primary benefit of media convergence is the availability of news and high-quality material. It has resulted in a 180-degree shift in both the old and new worlds. You have a platform where you can often search for target audiences and create content based on their interests. This aids in the worldwide integration of the audience.

We must all strive to build innovative experiences that mix or merge our paid, owned, and earned media. All of these types of media may be conceived of in terms of the customer's experience. With sponsored media, you are effectively reaching out to strangers, however, you can only hope that your audience would respond to your ads if you use internet targeting tools.

Earned media aids in the development of devoted fans. Fans are some of the top businesses' most powerful online advocates. Understanding who your clients are, where they are, what their problems are, and how you can help them solve those problems can assist you in developing a media strategy that incorporates paid, owned, and earned media.