Which Is The Best POV To Use? 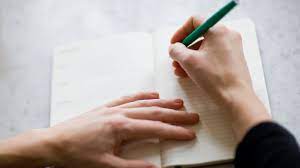 A point of view is the author's perspective on the world he has built.Either from the point of view of a character's thoughts or from that of a detached third party, the reader can enter this world.

To tell a story, point of view is an essential literary tool.When an author chooses a point of view, it can have a significant impact on how the reader comprehends and participates in the narrative.

One or many people can use point of view to express their thoughts, feelings, motivations, and experiences.

It's the perspective from which the story is told.

What Are The 3 Points Of View?

For your story, there are three main types of point of view you can choose from:

The first-person POV uses the personal pronouns "I," "me," "we," and "us" in order to tell a story from the narrator's perspective.

First-person narration is popular in fiction. It's great for achieving specific effects in a story or novel, like:

"You" and "Your" are examples of second-person point of view when used by a narrator in a story.The story is told from the perspective of a bystander who speaks directly to the reader.You could say something such as, "You walked to school this morning."

Because it's so easy to appear gimmicky while writing in the second person, the first-person point of view is the most difficult to use.However, if you put in the effort, you can accomplish anything and do it effectively.

It's easier to get the reader's attention when you use a second-person perspective.Try this method if you want to immerse the reader straight from the start.One drawback is the difficulty in conveying the story properly while speaking directly to the audience.

Second-person point of view is hard because it's hard to make the readers feel like they are in the story.

As a result, it's usually best to use it only a few times, not all the time in a story or book.It's better to write in the second person.

A third person narrator delivers the story using pronouns he, she, them, or it. Imagine yourself as an outsider looking in on the action.

Using a third-person perspective is the most common. Less freedom than in the other two perspectives. In this style of writing, you play the role of a "onlooker," seeing events as they unfold.

It's like watching a large-cast play at a theater. There are two ways to write in third person: omniscient or limited, when only one character's ideas are provided to the reader at a time.

Writing in the third person allows the author to deliver things from a broader perspective. The disadvantage is that readers may struggle to relate to your work.

Third-person writing can be omniscient or constrained.There are two ways to tell what a character is thinking and feeling (aware only of what certain characters say and do). Write clearly and give each character their unique voice. It can help with:

How To Choose The POV For Your Story

Do some brainstorming and ask yourself questions to help you decide which point of view is best for your next piece of writing.